Best Of Stories
With more than half a century of history, Bodegas Solar de Samaniego in Laguardia (Rioja Alavesa, Spain) has recently built a beautiful wine tourism experience based on the love of lanscape, contemporary art, the history of industrial architecture and the literary heritage of Rioja.

How it all began

The genesis of the competition was a study of the cultural landscape of Rioja Alavesa wine carried out by Ander de la Fuente, a landscape architect and professor of architecture at the University of the Basque Country.

This project earned for Solar de Samaniego a 2022 ‘Best Of Wine Tourism’ award for Art and Culture from the Great Wine Capitals Global Network.

The company’s La Escobosa is the vineyard near Laguardia that served as the literary inspiration for the 18th century fable writer Félix María de Samaniego, Laguardia’s most famous son.  Here, Samaniego wrote on a stone table that still sits in the middle of the winery.

The winery itself is an example of Riojan winery architecture in the 1970s, built with reinforced concrete, featuring large cement storage tanks.  It was a totally unremarkable design where function took preference over form. The first project carried out by the winery was a redesign of the façade that produced an immense improvement in the property’s visual appeal. It was carried out in cooperation with the UNESCO Chair for Cultural Landscapes and Heritage.

The “Half Million” Spaces

The most remarkable design change in the winery was painting huge lifelike figures on the seven 13-meter high storage tanks, each of which with a capacity of 500,000 liters..  The design was the brainchild of Australian mural designer Guido Van Helten, who created a common thread for the seven figures:  the people and crafts of the grape and wine industry as well as literature in the Rioja Alavesa.

The design on the first tank represents a worker in a nearby label design and printing company.  The second tank depicts Rafa, the winery foreman.  The third shows a woman leading a tour around the winery.

Tanks four and five show people writing about the history of the winery and making tasting notes.  Tank six depicts a sommelier reading a book while tank seven is the winery’s longstanding winemaker Alberto Serrano.

“Half Million” Spaces has added an additional element for the enjoyment of those who spend the night in the area:  a nighttime visit to the winery with a sound and light show.

Another area of the winery has been designed as a tasting room-wine shop that in addition houses a library, reinforcing the connection between literature and the area around Laguardia.

The Vineyard Gallery houses a collection of paintings of vineyards owned by the the Solar de Samaniego group  in Rioja and Ribera del Duero. 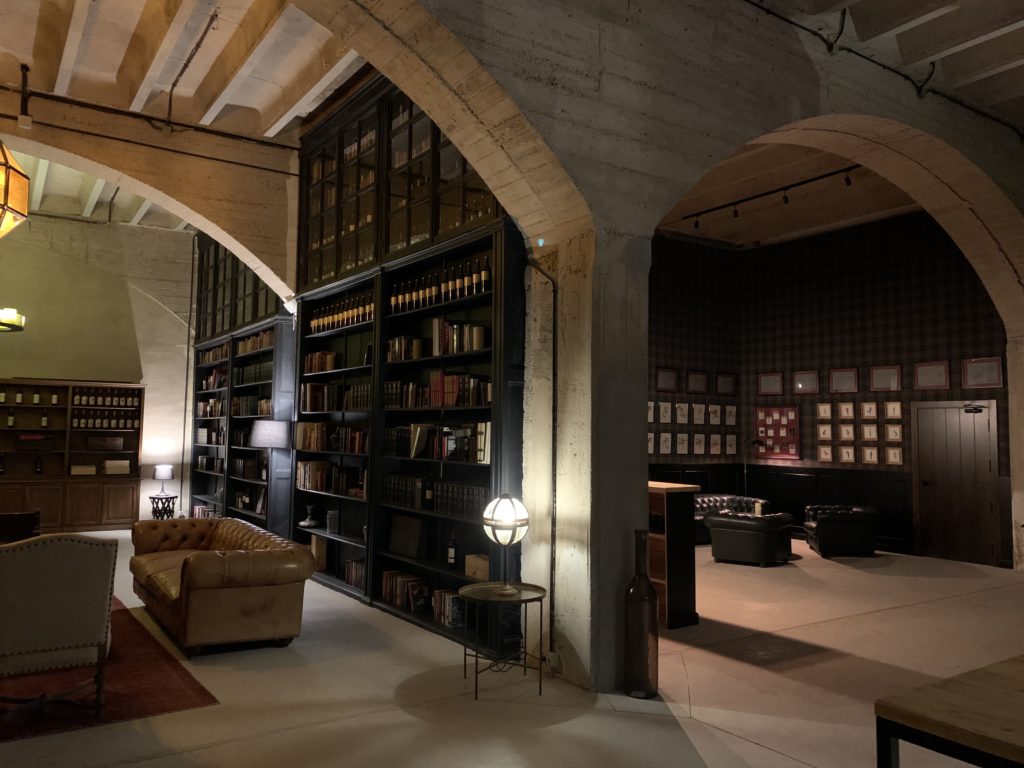 The winery’s project has been rewarded

In addition to the Great Wine Capitals ‘Best Of Wine Tourism’ award for Art and Culture, Solar de Samaniego has received numerous other recognitions for the excellence of its wine tourism offering:

← PREV: Rocca Sveva, an emotion-laden experience where wine is first sharing and pleasure NEXT: Château de Crouseilles →
Best Of Stories