The miracle of the new wine

Latest News
The Mendoza Harvest Festival 2022 is called THE MIRACLE OF THE NEW WINE and will take place this weekend with the participation of thousands of people. Mendoza is proud of welcoming international tourism again for its main celebration. You can watch the main show ' The Miracle of the New Wine' at www.vivo.acequia.tv It will be broadcasted live starting at 10 pm Mendoza time.

Every year, the Harvest time in Mendoza celebrates The miracle of the new wine and brings with it an intense calendar of activities, which include district harvest festivals and folk festivals that start at the beginning of the year and finish the first days of March with the main celebration of the National Harvest Festival.

Vendimia, or the Harvest Festival, is the largest national festival in the country and has been celebrated since 1936. Today, the central event of this celebration is an imposing allegorical show with great choreography, light displays and music. It  takes place on a 130-meter wide stage in the Frank Romero Day Greek Theater, which is nestled in the middle of the hills.

Remember!
You can watch the main show ‘ The Miracle of the New Wine’ at www.vivo.acequia.tv
It will be broadcasted live starting at 10 pm Mendoza time. 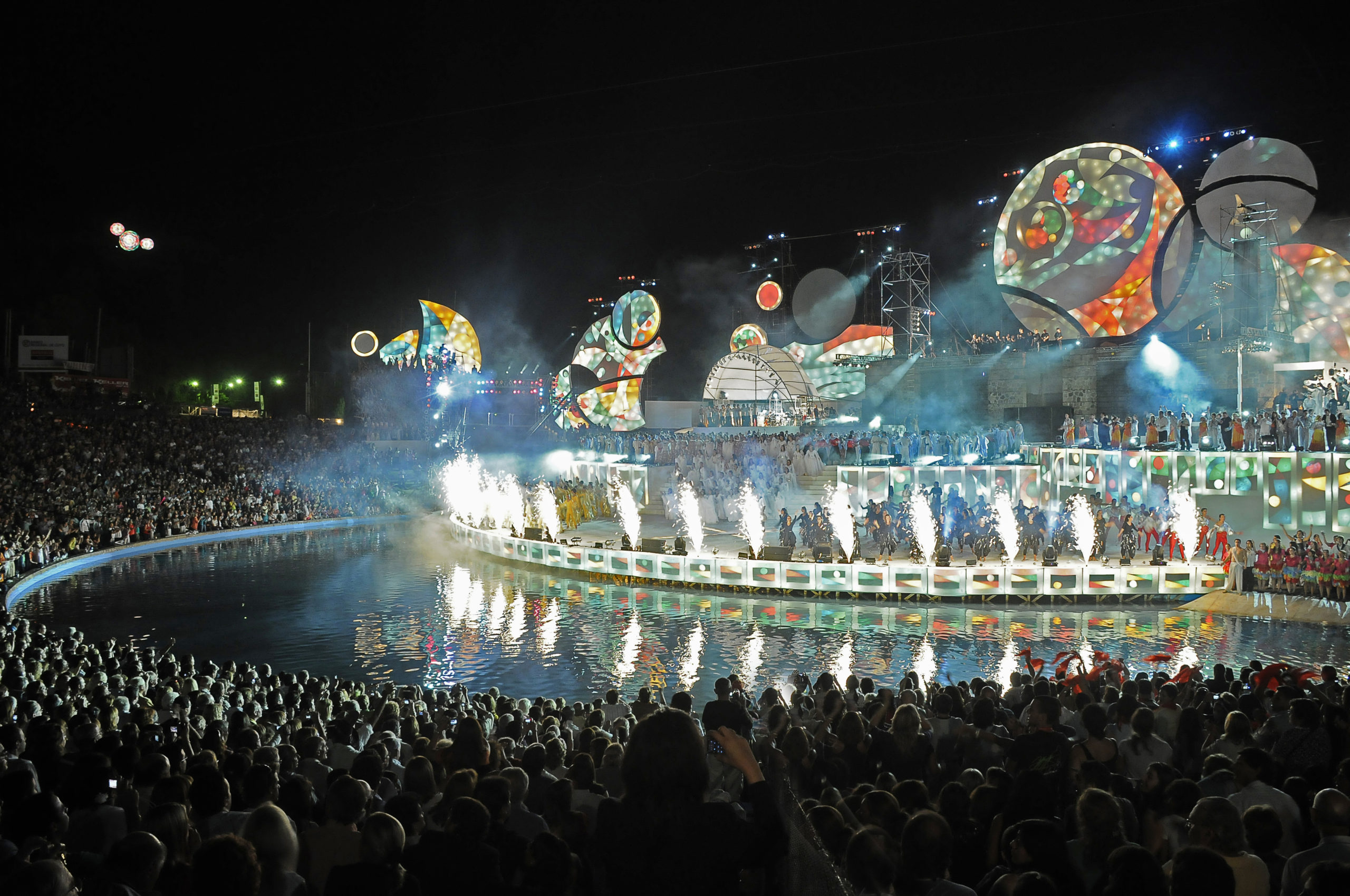 The impressive show at the Amphitheater.