ALL FOR ONE AND ONE FOR ALL!

Wine Stories
Producers of Mendoza boost their exports working together to send their products to the world. Argentina has been producing wine since the sixteenth century, when the Spaniards brought with them the vines to produce the mass wine. Little by little, this industry developed in different parts of the country. Over time, Mendoza became the center […]

Producers of Mendoza boost their exports working together to send their products to the world.

Argentina has been producing wine since the sixteenth century, when the Spaniards brought with them the vines to produce the mass wine. Little by little, this industry developed in different parts of the country. Over time, Mendoza became the center of Argentine winemaking with more than 70% of the country’s current production and more than 80% of its wine exports.

The domestic market used to absorb local production until the last decades of the twentieth century. The change in consumption trends and the emergence of new alternative products led wineries in Mendoza to look abroad in search of new consumers. Those with the most infrastructure set up their own foreign trade unit, participating in fairs, business rounds and other international events.

Many others joined the portfolios of brokers who performed the task on behalf of a set of labels.

The surge of smaller, signature projects, in which their wine makers are often friends or have a lot in common -such as a specific terroir or the same needs- molded a new way to jointly face the marketing challenges: the associative groups.

Some groups arose spontaneously due to the ties between producers such as Barbarians Wines, which today unites Bocanada, Vinilo, A16 and Barbarians under the same exporting umbrella. Barbarians and Bocanada have blood ties, since they are projects of father and son: Mauricio Boullaude makes Barbarians and his son Leandro Boullaude is responsible for Bocanada. The wineries of Barbarians export to Europe and the United States. 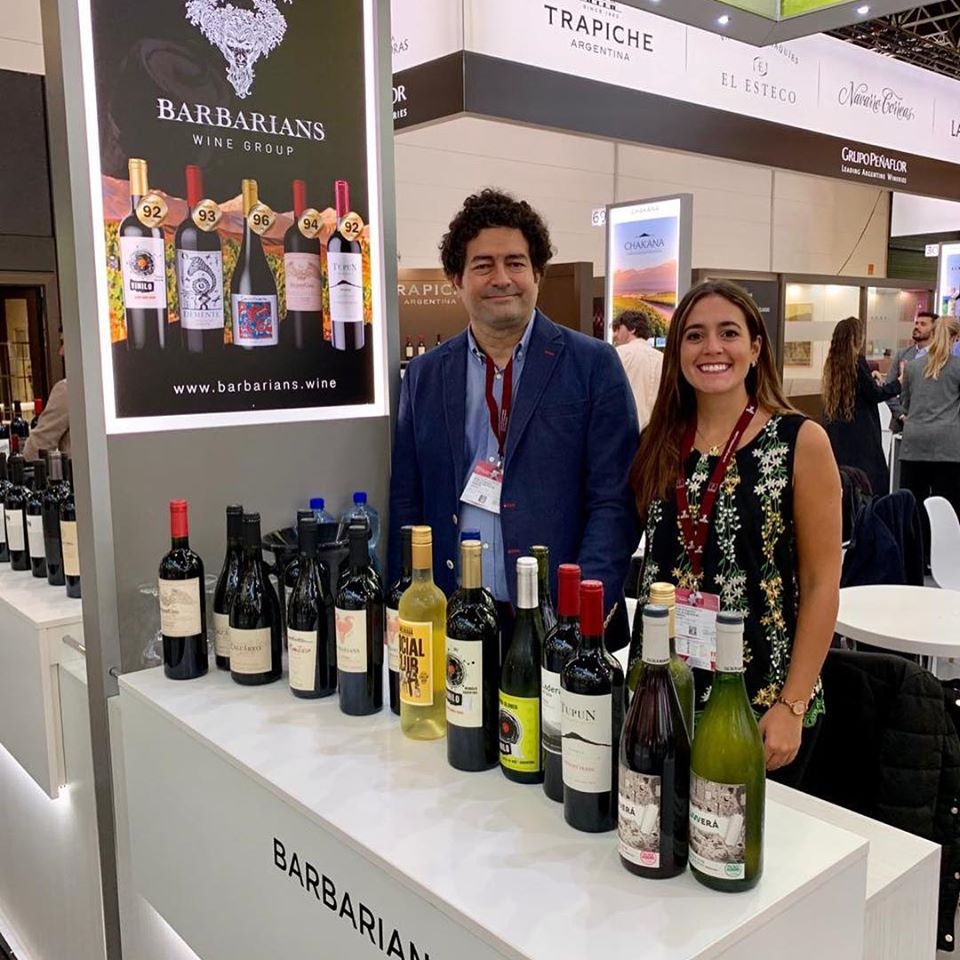 Father and daughter, Mauricio and Agustina Boullaude representing the wines of Barbarians at a wine fair

The Boullaude family also set up Divergente, an online wine selling platform for the domestic market, along with 30 other wineries. Agustina Boullaude, the daughter of Mauricio is leading this proyect. Divergente grew strong in Argentina and is soon expanding abroad. At this moment, Divergente is coordinating with a Dutch counterpart to open a website to sell wines online to consumers in the European Union. They estimate to have this website operational by the end of this year.

Other groups, such as PIPA ( Independent Producers of Paraje Altamira Geographical Indication), have in common their area of production of their grapes and processing of their wines. They seek to generate a visible brand that identifies and distinguishes them from other Mendoza terroirs. The PIPA association is made up of Fincas Adrián Río, Sejanovich / Manos Negras, Chakana, Finca Beth, Finca La Igriega, Finca Las Glicinas, Finca Suarez, Lupa, Traslapiedra and Mendel. 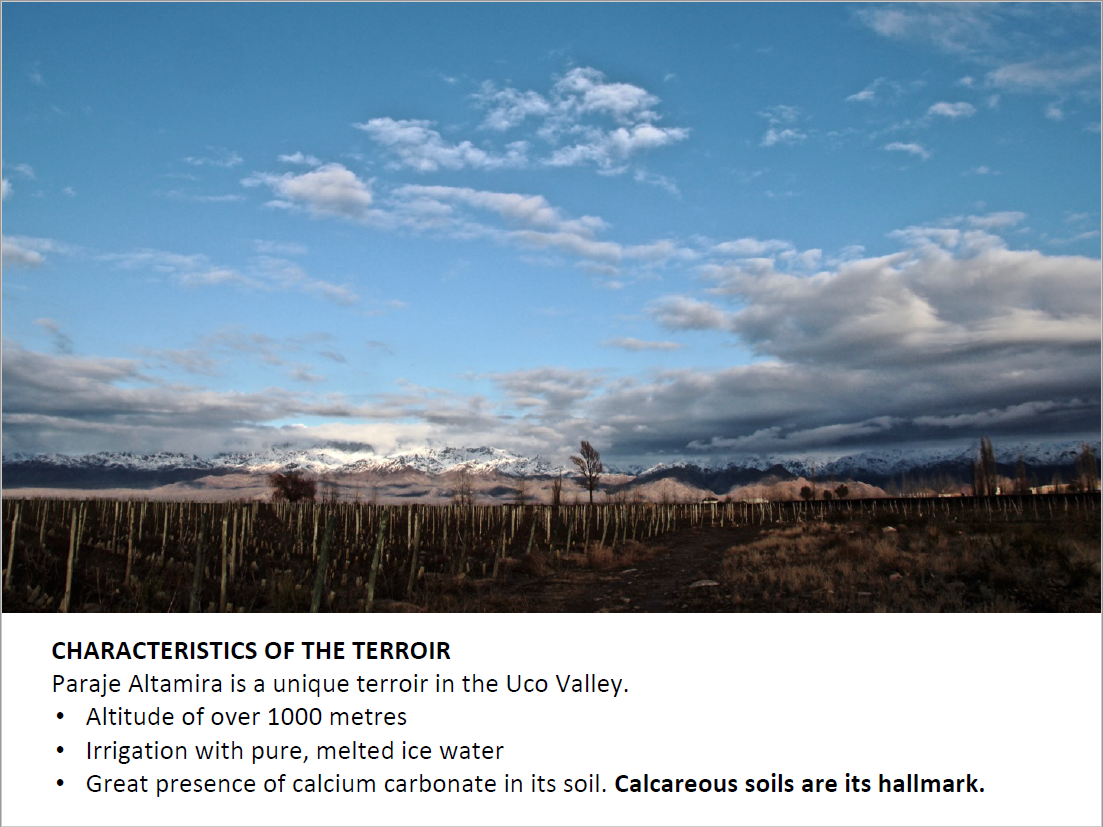 Landscape and characteristics of Paraje Altamira

The aim of this association is to promote joint communication actions about their wines and the attributes of the GI Paraje Altamira. In addition, they carry R+D actions in the GI, interact with other organizations and associations. They also seek to generate social initiaves in the area that improve the quality of life of its inhabitants.

Another case is the group ‘Productores Amigos’ (Friends and Producers), a group of winemakers united by their passion of making wines their own way and their connection through their friendship. Each had its own project and found it difficult to make it well known and face the promotion and marketing costs. Together, they share knowledge, experiences and make synergies that allow them to grow, find new sales and distribution channels. 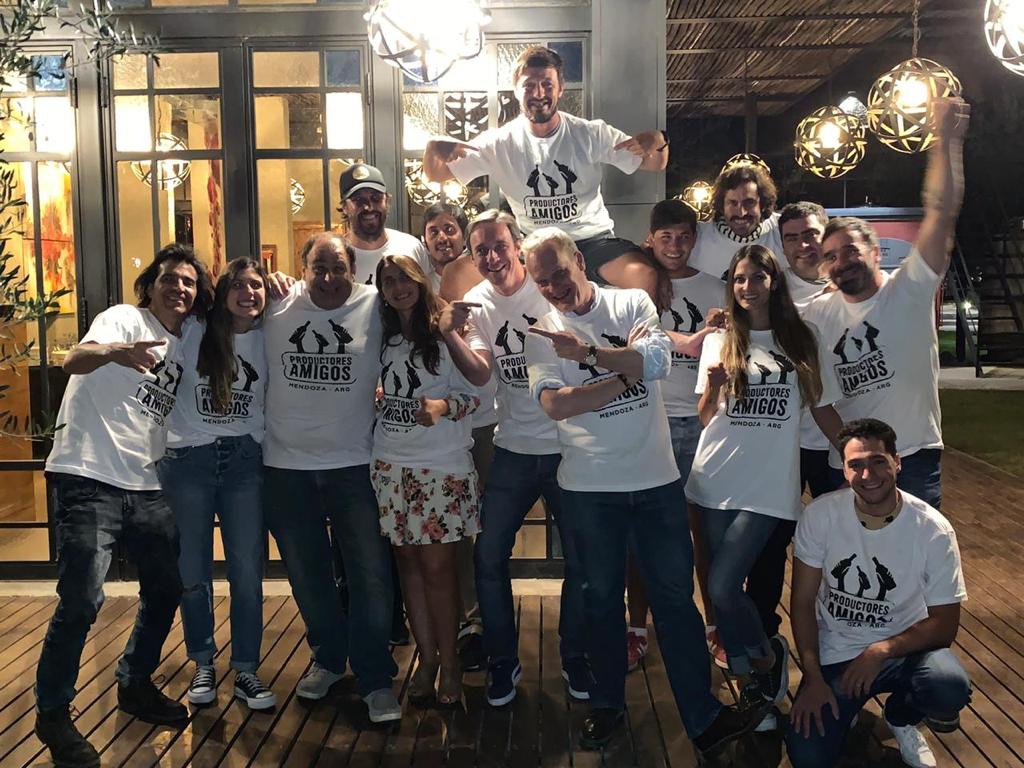 In their union, they want to show their diversity, as each project has its own concept and philosophy. Different styles, forms of production, terroirs coexist in the group, this makes them attractive when offering their portfolio.

One of the first actions of this group was a jointly fair in Buenos Aires and later in Mendoza. Before the pandemic, they held 3 editions of these events. They have also participated jointly in other fairs and their stands were widely visited by the public because the members of the group were personally there answering people’s queries.

Benefits of association inspired program for wineries in Mendoza

Joining efforts offers benefits such as cost reduction, access to information, creation of a more complete and interesting portfolio for importers, and cooperation when allocating human resources. For this reason, ProMendoza, Mendoza’s export promotion agency, also offers an associativity program for companies that want to make synergy to face their export challenges. This program is coordinated in conjunction with the ICBC Foundation and the Argentine Investment and International Trade Agency. It covers different productive sectors. It has been going on for several years now and many groups have gone through this experience that lasts 2 years. After that period of time, the groups can continue their development autonomously.

Currently, ProMendoza is accompanying two associative groups in the wine sector. One brings together organic wine producers under the guidance of Adriano Vivas in NOW  (Natural and Organic Wine Growers Argentina and the other group is made of producers of the Bonarda red grape variety, coordinated by Alejandra Bidaseca.

Now is time for sustainable wines!

The NOW group members are the following wineries: Montlaiz, Vinecol, Krontiras, and Finca Suárez (from Mendoza) together with Bodega Nanni from Salta. This group has been working for 2 and a half years now. They have participated in multiple international fairs and missions. This has allowed them to open market in 10 new countries. Currently, they export to Canada, United States, Brazil, Peru, England, Denmark, the Netherlands and Germany. They are now in conversations to send their products to Japan, too.

The other group is called Argentine Family Cellars.  Its members are:  Garavaglia Winery, Grammichelle de Novello Vineyards, Lucero Corzo Family, Uva Negra, Don Quinto, Tamascal and Morcos Family. All these wineries produce wine from the Bonarda red variety in the East area of the Mendoza Province. The group works towards the worldwide positioning of the Bonarda Argentina variety. Their joint work began a few months ago under the tutoring of Alejandra Bidaseca. (Alejandra.bidaseca@winexpertsarg.com)

Bonarda Argentina is a red grape characterized by its intense ruby red color with hints of purple. It has strong aromas of red and black berries and notes of bay leaf, pink pepper or fern. It is well known among red wines because of its soft tannins. It is also known as Corbeau or Douce Noir in Europe and Charbono in California. 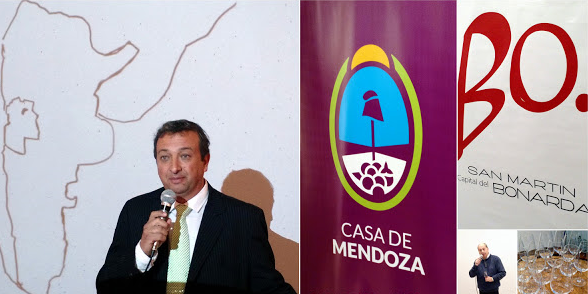 From Mendoza, together, to the world!

Time and experience have shown that cooperating can be more successful than competing, that we can find alternatives with benefits for the different participants, that two heads think better than one… The need for synergy to reduce costs and overcome obstacles has also been a good argument to promote associative groups for exporting together.

Argentina stands out for the strength of the ties between its people. Foreigners who spend time in our land are amazed by these bonds. They learn to enjoy family and friends gatherings with the joy of knowing that there is always someone to count on.

How nice to show these bonds among our companies in business!

Wine brings people together. Mendoza wine invites you to visit Mendoza and make new friends. You won’t regret it!

Let our wine producers bring the joy of friendship to you through the wines of Mendoza!

← PREV: In Bilbao, Antonio García and his Passion for Wine NEXT: Wine Retailers in Cape Town and the Cape Winelands →
Wine Stories