Chefs And Wine, A journey through flavors In Porto

Wine Stories
"Wine and gastronomy have a very close relationship, they value each other. It is very interesting to explore this relationship"

Wine has accompanied the history of humanity for years and has become increasingly relevant in gastronomy, from its confection to the wine pairing. Simple or with a touch of sophistication, many have been the recipes presented that rely on a wine base, and not forgetting, the enogastronomy, the final step of the process between the dish and the wine, where aromas, contrast, and flavors reign. 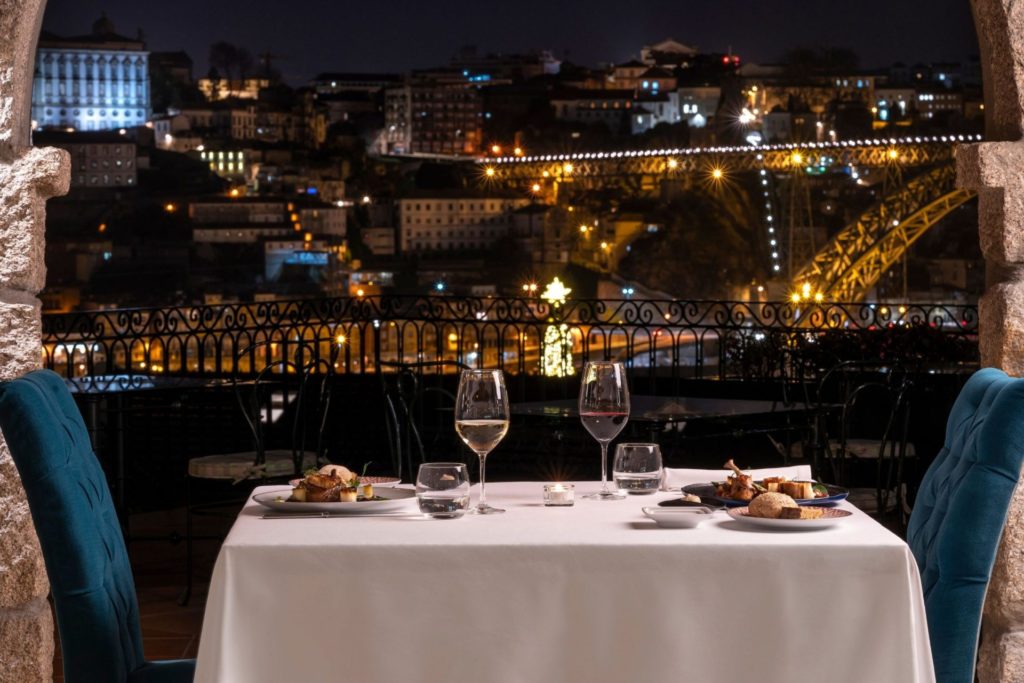 To demystify the question and understand exactly what importance national chefs give to wine in their cooking, we had the honor of interviewing two big national names, José Avillez, international renowned chef, currently holding the title of 44th place in the prestigious list “The Best Chef Awards”. And Chef Vasco Coelho Santos, that began his career with some of the most prestigious Spanish chefs, such as Andoni Aduriz, Arzak, and Ferran Adrià, an “enriching” experience that “marked” his professional life, one can read in his biography. He is the creator of the Euskalduna concept, a space of signature cuisine in Porto, among the 100 best restaurants in Europe.

“Wine and gastronomy have a very close relationship, they value each other. It is very interesting to explore this relationship,” said the chef, who showed us the value of wine as a complement in cooking, and above all as part of our culture. “Even before I started my training in cooking, I became interested in enogastronomy, the combination of wine and gastronomy and the impact of the choice of a wine in the tasting of a dish,” he confessed. 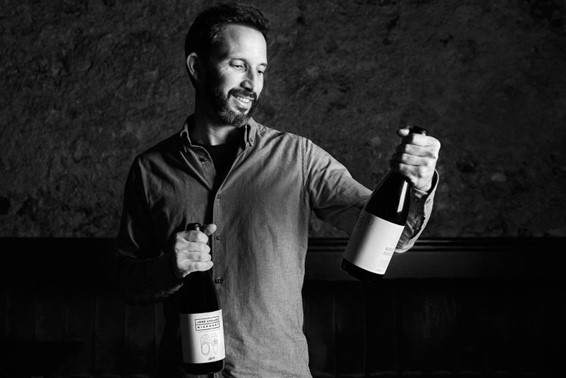 José Avillez has a strong name in the gastronomy world; however, it is not only in this area that he stands out. His path has more recently passed through the production of wines through a partnership with a Douro Winery. “In collaboration with Dirk Niepoort, I created two new, limited-edition wines that offer a sensory journey through the stunning Douro region: Avillez/Niepoort Red 2017 and Avillez/Niepoort White 2017. Wines and gastronomy have a very close relationship, they value each other. It is very interesting to explore this relationship. “, he admitted.

Wine complements a sensory experience that culminates in the meal through a balance between the drink and the dish. “Each wine has its own characteristics in terms of scent, taste, texture, complexity, and the temperature at which it should be served… When combining wine and a dish, one should consider the flavors, aromas, textures, densities, and temperatures in such a way that one can enhance both or seek that the characteristics of each oppose or balance each other. The possibilities are endless. It’s always an interesting complement”, concluded the chef, when asked about the relevance of wine pairing.

Since immemorial time, wine has been part of the European cuisine and diet, and it is with cultural, social and travel interests that we begin to build a better palate for its consumption. “When I started my path in cooking, I was not always a wine lover. It was something I learned over time and in the restaurants, I passed through. I started to get to know suppliers to understand the connection between wine and food, and to define my own tastes,” he confessed. 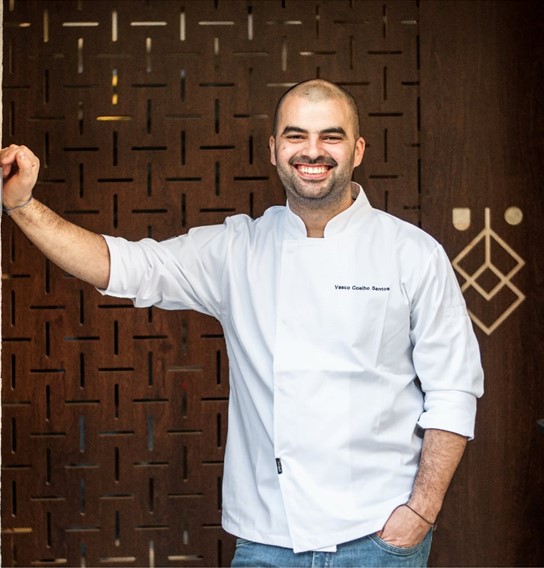 Wine plays an important role in the setup of the dishes, and it is essential that chefs understand which region and flavors they best identify with, “I’ve worked in several countries around the world, and I think this also allowed me to get to know different wine regions and new flavors, and I realized what I like best and what works best with my way of cooking. Even today, I always try to meet new producers, taste new wines, and keep up with what is being made,” he said.

“Wine pairing is very important and is something I put a lot of emphasis on. Not only in my own restaurant, but also when I go to others as a customer. Factors such as similarity and contrast, or the combination of flavor and aromas, have a great influence on the dish itself, and the way those who visit us taste and enjoy it”, he admitted. The harmonization by similarity, resemblance or contrast is the oldest and most followed in restaurants for its ease and construction. However, the chef also believes that the harmonization should be built considering the complementarity of the dish, “it is very important to choose wines that complement the dish considering, for example, the flavor of the protein, sauces, etc. In addition, acidity is very present in my cooking, and I always like to have some intensity. Wine can completely change the perception of a dish and, as such, a good pairing is fundamental so that during the menu it is possible for the customer to better feel these flavors and combine them with the wine”, He concluded.

The two chefs spoke and showed that the true sensory experience of the meal is completed with the harmonization between the dish and the wine.

Come and enjoy the authentic wine and gastronomic experience in Porto and treat yourself. We promise it to be unique and unforgettable.

Text and photos by Wine Tourism in Portugal; Feature image by António Barros