From Paddock to Plate – McLaren Vale is dishing up more than great wine!

Wine Stories
Located just 45 minutes from Adelaide’s CBD, the McLaren Vale Wine Region is a popular and easily accessible wine tourism destination within South Australia. While known for producing world-class wines and pioneering many Mediterranean varietals such as Vermentino, Nero d'Avola and Tempranillo; it’s also an industry leader when it comes to sustainable agriculture, with a long-held emphasis on water conservation, regeneration and organics.

A thriving paddock to plate

South Australia’s Adelaide region is well known for its great wine. If you’re fortunate enough to have visited this picturesque region, you’re probably already aware that its culture of sustainability extends beyond its grape growing and winemaking industries. There’s a thriving paddock to plate—or more accurately in the instance of the Victory Hotel’s infamous Myponga Beach Salt and Pepper Squid; ocean to plate—ethos, to be discovered across its dining scene. One that’s also visually highlighted via the many Instagram accounts of restaurants such as The Currant Shed, Gather at Coriole and The Salopian Inn; whose co-owner and head chef, Karina Armstrong also happens to be a co-director of Tasting Australia this year.

But eateries aside, this communities food scene can also be evidenced in its orchards with roadside stalls, community projects, providore-like stores, grassroots start-ups and most prolifically, in its weekly farmer’s market. The Willunga Farmer’s Market the first true farmer’s market in the state, established in 2002 thanks to the vision of Zannie Flanagan and a willing tribe of volunteers that ensued. It also brings together an eclectic bunch of producers and farmers from all corners of the Fleurieu Peninsula (very early each Saturday morning I might add) to provide fresh, seasonal produce and goods to in excess of 2,000 weekly shoppers.

Upon my recent visit to the region, I received a tour of the market from local food legend, Pip Forrester. An experience that was not only eye-opening but awakening of all my culinary senses. I got to taste alpaca for the first time, inhale the scent of freshly-cut flowers, hear the joyous chatter of bustling shoppers and gush over the size of some seriously impressive pomelos. I also stood dumbstruck for several minutes in front of the most remarkable mushrooms, which honestly bore more resemblance to Barrier Reef corals than your average supermarket shrooms.

Yet, as aromas of sizzling breakfast foods wafted through the air, it was the passion, innovation and sense of community that really moved me. In the space of just an hour, I learned of Willunga High School’s agricultural offering. Aimed at nurturing student interest in primary industries, and also seeing them produce their own olive oil and wine (which I’m assured is only sampled by the students pre-ferment).

I was told the story of how the Fleurieu Milk Company was formed by three passionate families to save the local dairy industry. And, was introduced to the creator of Milkless, a cheese company bringing the joy of cheese to the lives of the lactose intolerant. I went on to see stalls of past Farmers Scholarship recipients—an initiative formed by the market board and this year, held in partnership with the Hills and Fleurieu Landscape Board, to support new agricultural enterprise through mentorship and financial aid.

A profound impact in food scene

I was also exposed to what makes Pip Forrester, the powerhouse that is Pip Forrester. Speaking of the market’s evolution and enduring vision to ‘provide local producers, farmers and makers with an outlet to sell directly to consumers’, she was unwavering in both determination and passion. Making it abundantly clear, not only how she’s managed to have such a profound impact on the local food scene over the years, but also why she is currently chair of the market board and was in 2020 awarded an Order of Australia for her contributions to tourism, hospitality and community.

However, if the above-mentioned reasons have not been sufficient in appealing to your senses or in convincing you of this region’s culinary credos, there’s one last point to consider. And that’s the sheer epicurean pleasure to be had feasting on all of the delectables you’ll take home. But then again, if you’re anything like me, they may not quite make it from paddock to plate; more likely they’ll be consumed on the journey home! 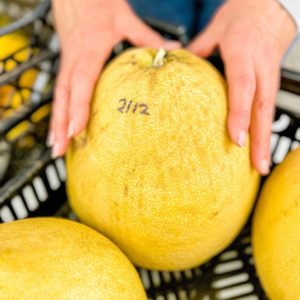 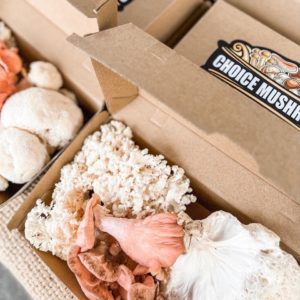 ← PREV: The Harvest Festival of Mendoza to become intangible heritage of humanity NEXT: Welcome to Bordeaux 2022 →
Wine Stories