Wine Stories
Sparkling wine is a big-ticket item on Spanish consumers’ shopping lists during the holidays. Our long holiday season - from December 8 (the Feast of the Immaculate Conception) until January 6 (Epiphany), means bubbles, bubbles and more bubbles. However, the highlight of bubbly consumption is on New Year’s Eve.

Sparkling wine is a big-ticket item on Spanish consumers’ shopping lists during the holidays.  End-of-the-year sales account for about 40% of the total.  This figure is disappointing for producers, who would like to see a more equal monthly consumption throughout the year but in Spain, still wine and beer is the norm until the holidays.

Cava is the category leader

Here, the undisputed category is from the Cava appellation, a traditional method sparkler with the second fermentation in the bottle.   They are joined by maverick producers who have pulled out of the Cava designation and a large amount of Champagne.  All of the important Champagne producers and some smaller ones have distributors in Spain, many of them Rioja wineries.

Our long holiday season – from December 8 (the Feast of the Immaculate Conception) until January 6 (Epiphany), means bubbles, bubbles and more bubbles.

While the rest of the world goes back to work on January 2, Spain continues to party throughout the first week in January. It’s no wonder that the last three weeks of the month are called ‘la cuesta de enero’ (the January hill’)!

The highlight of bubbly consumption is on New Year’s Eve.  Here we have a wonderful tradition.  Just before midnight, everyone turns on the TV to watch the ringing in of the New Year. A gold ball slowly drops from a tower on a building in the Puerta del Sol in Madrid as the clock strikes twelve and when it finally reaches the bottom…Happy New Year!!! People put on funny hats, blow into noisemakers, throw confetti, open bottles, and glasses are refilled.

How Spain is different

Wait a minute!  Don’t they do the same thing in every country?  Yes, but in Spain there’s a twist.  Everyone at the dinner table has a bowl of twelve grapes in front of them.  Each time the clock strikes midnight, you have to eat a grape.  The idea is to finish the last grape as the clock strikes for the twelfth time. This is supposed to guarantee good luck throughout the year.

As a part of our personal family celebration, the first thing we do after midnight is to write on a piece of paper the things we want to forget about the previous year. On another sheet, we write the things that we want to do better throughout the new year.

My wife and I have enjoyed a special tradition every New Year’s Eve ever since we married.  Each of us drops our wedding ring in a glass of bubbly and we drink it together. Cheers to another year of a happy marriage! 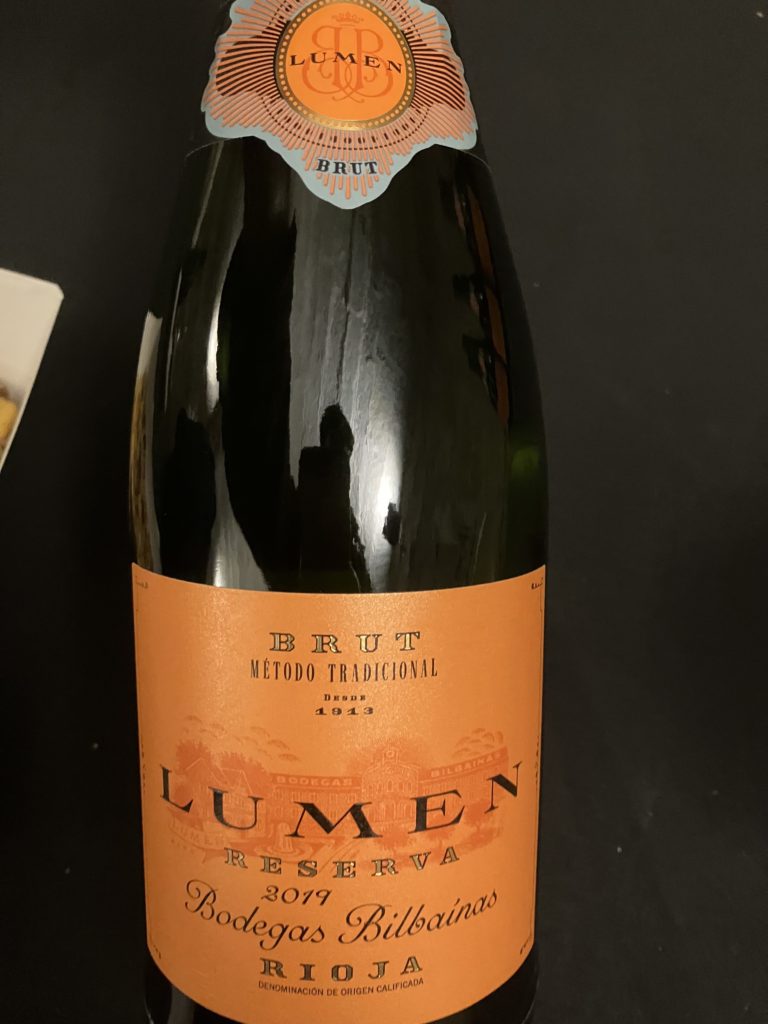 The end-of-the-year-holidays will be especially important for the Denomination of Origin Rioja.  Sparkling Rioja (Espumoso de Rioja), a new category authorized since 2019, has shown increased distribution both in Spain and abroad.

Rioja has opted for rigorous requirements to distance itself from the down-market approach taken by other sparklers in Spain. With Espumoso de Rioja, the second fermentation in bottle must be for at least 15 months for crianza, 24 months for reserva and 36 months for Gran Añada. The only categories allowed are Brut Nature, Extra Brut and Brut.

It is an approach meant to create a high-quality image, a good reason for us to toast with Espumoso de Rioja!

← PREV: A taste of South Australia for New Year's Eve NEXT: A toast to the new year with the wines of the Douro, Porto and Vinho Verde →
Wine Stories