Wine Stories
The National Harvest Festival that takes place in Mendoza every year is one of the most important popular festivities on the planet. It brings together culture, tradition and all kind of arts. Over the years, it has become one of the main tourist attractions of Mendoza.

For 3 magical nights at the beginning of March, the Frank Romero Day Greek Theater shows Mendoza to the world.

Everything starts in December when the districts of each of the 18 departments of Mendoza stage different events with music, poetry, popular songs and dances. After that, every department offers its departmental festivity, staged on a larger scale, with hundreds of artists, special effects and live orchestras, at the service of stories related to each region that build up the identity of that particular place. Each department elects their Harvest Queen. 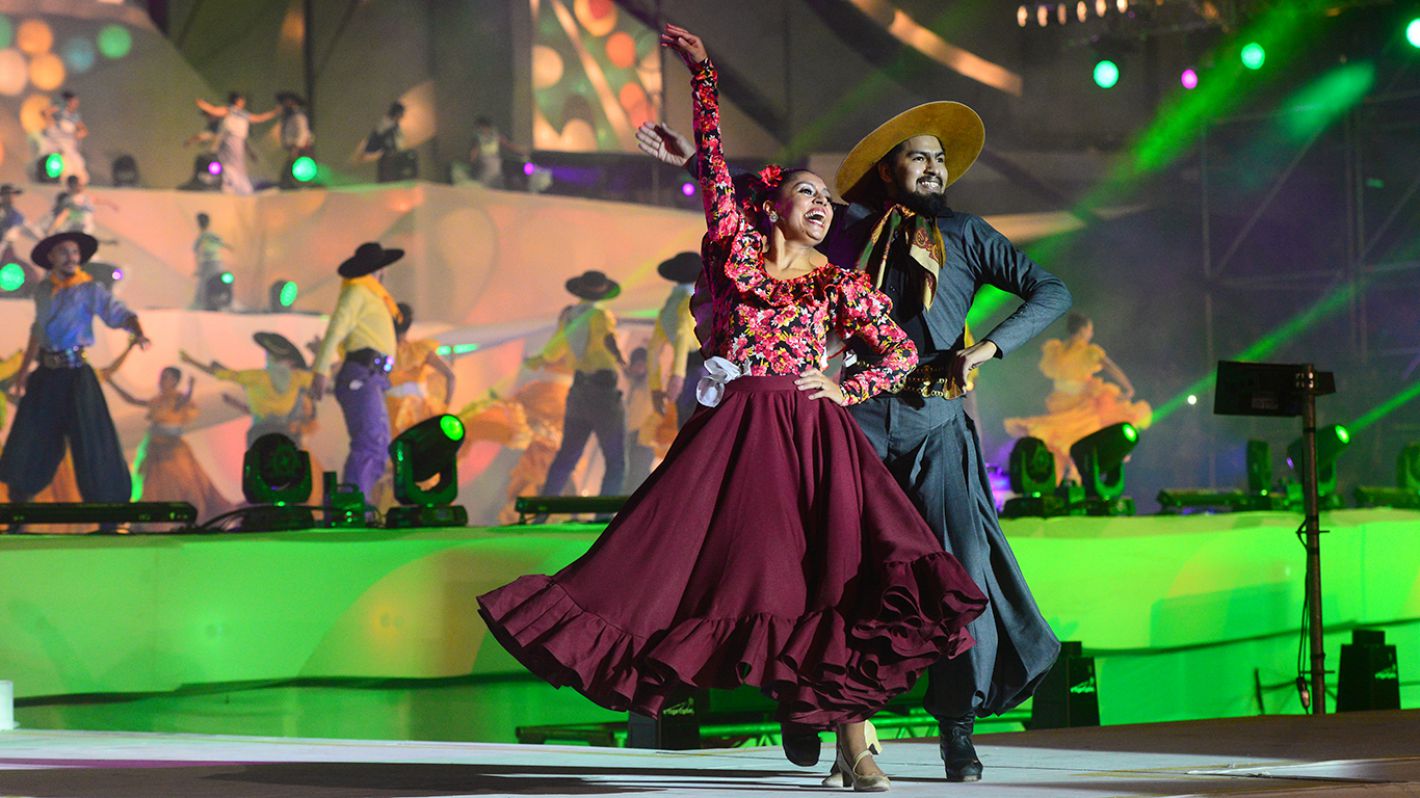 Mendoza is all about The Harvest Festival

The main celebrations take place on the last days of February and the beginning of March. The first one is called ¨The Blessing of the Fruits¨. This liturgical ceremony pays homage to the producers, harvesters, men and women protagonists of the winemaking activity. The Blessing of the Fruits event opens the main Harvest Festival calendar, with the veneration of the Patron Saint of the Vineyards, the Virgen de la Carrodilla (Virgin of the Little Cart). This ceremony is a tribute to the harvest of the year with the blessing of the fruits to protect the next crops from hail, frost and pests. The Governor participates with an traditional rite, the blow of the plow grate, while the Archbishop of Mendoza blesses the Fruits next to the image of the Virgin. After that, there is a show about love, reunion, unity, gratitude remembering the origins in form of songs and dances. The new Harvest is a great cause for celebration.

The first Blessing of the Fruits was held on April 2, 1938, in the General San Martín Park, the main green area of the city of Mendoza. The plow grate blow was instituted the following year, in 1939. It consists of giving three blows to the grate of a plow to declare the beginning of the Harvest celebrations.

Thousands of people in the streets of Mendoza

The two most popular events of the National Harvest Festival are the Vía Blanca and the Carrusel, parades of allegorical cars, which run through the main streets of the City of Mendoza, capital of the province. 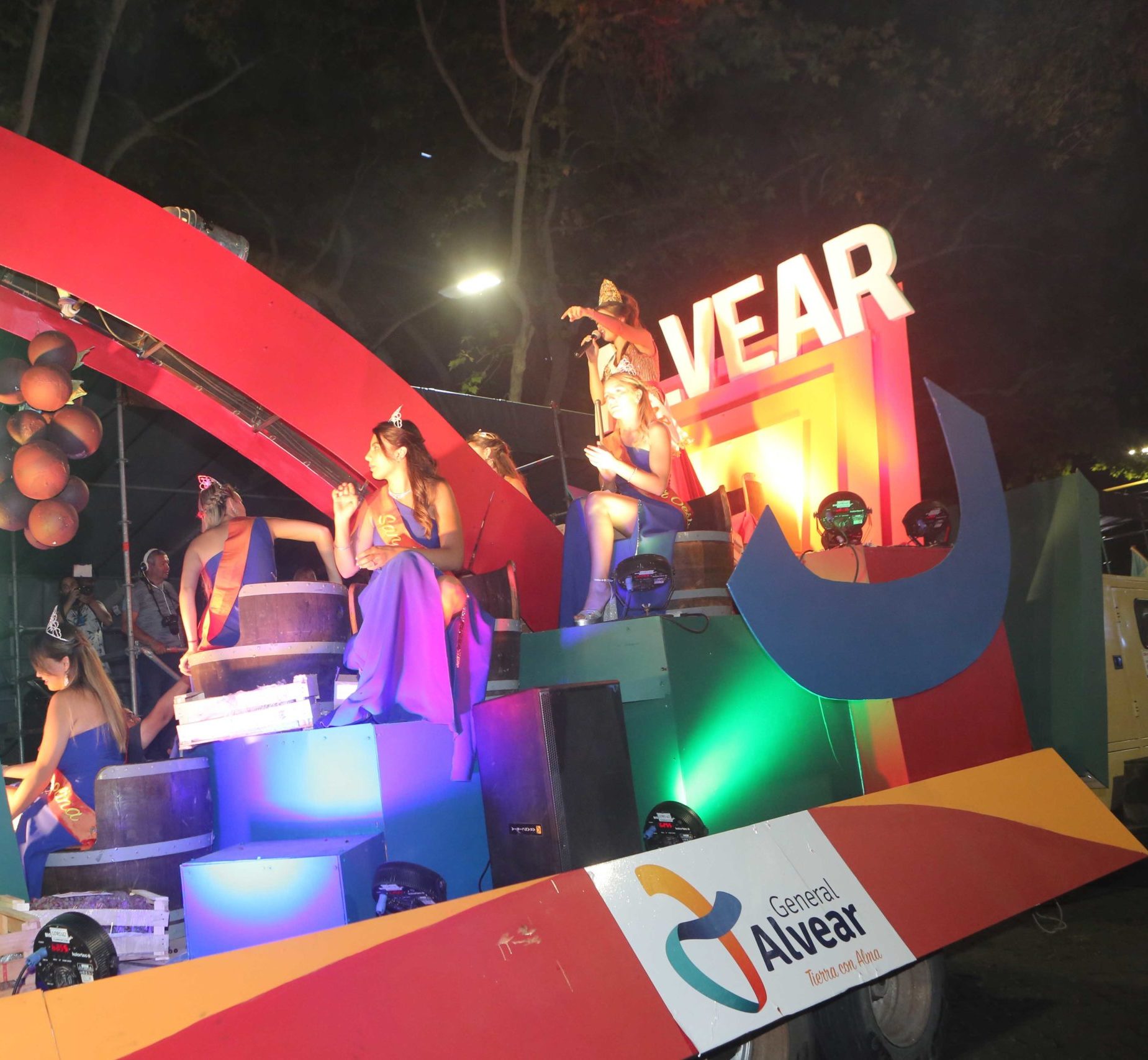 The Via Blanca Parade dates back to March 25, 1939. At that time it was called ¨Corso de Fantasía¨ and it ran through San Martín Avenue, the main avenue of the city of Mendoza. The following year, 1940, a strong storm cancelled the central show. So, the election of the Harvest queen was held in a Hall of the then Plaza Hotel. To be able to present the Queens to the people, there was a Parade on the Monday after the election. This activity was later definitively incorporated into the calendar of the Harvest Festival events. This nightly parade of illuminated allegorical cars has the participation of the departmental queens and their princesses, along with guest sovereigns from all over the country. Nowadays it takes place on the Friday prior to the main celebration. 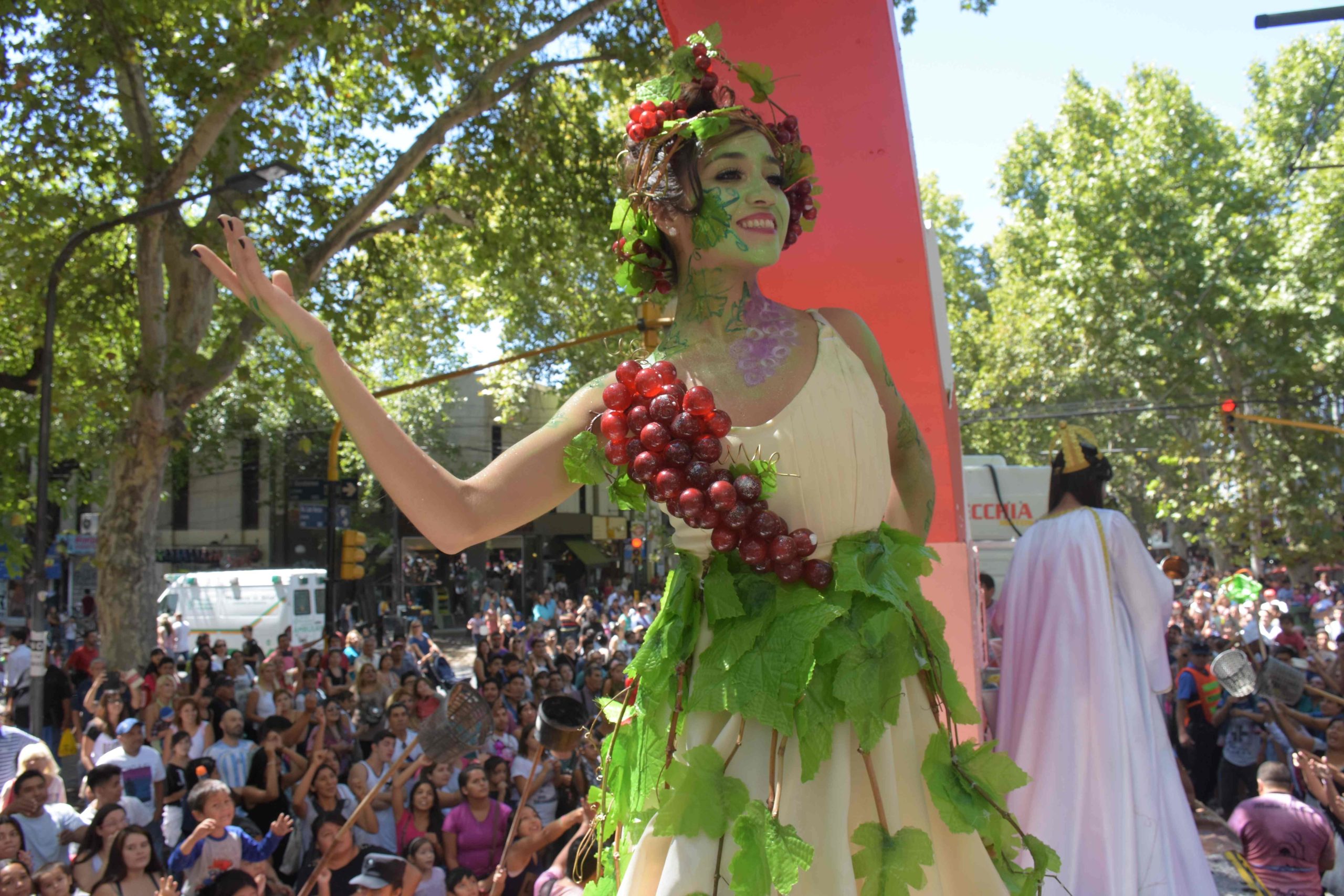 For its part, the Carrusel started in 1937, a year after the first Harvest Festival. That parade was held inside the General San Martín Park and it was only in 1939 that it left the park to win the central streets of the city. In addition to the grape harvest candidates, other participants of the parade are traditionalist centers, representatives of immigrant communities, invited queens from various parts of the country and representative characters of the province. On the same Saturday as the main celebration, from 10 in the morning until past noon, the cars run through the central streets of the City of Mendoza. From the carts, the queens offer presents to the public, like bunches of grapes and fresh fruits from their areas.

The stage lights up

During the first weekend of March, the Frank Romero Day Greek Theater comes alive in a big way. About 1000 artists, including dancers, actors, musicians and extras, present a story that was selected by a jury of great representatives of the Mendoza cultural scene.

Icons such as the vineyards, the  Patron Saint, the immigrants, General San Martín, the Zonda wind, hail, the new wine, water, the other Latin countries and aboriginal people are intertwined with music, dances and poetry that talks about Mendoza and its story of resilience. 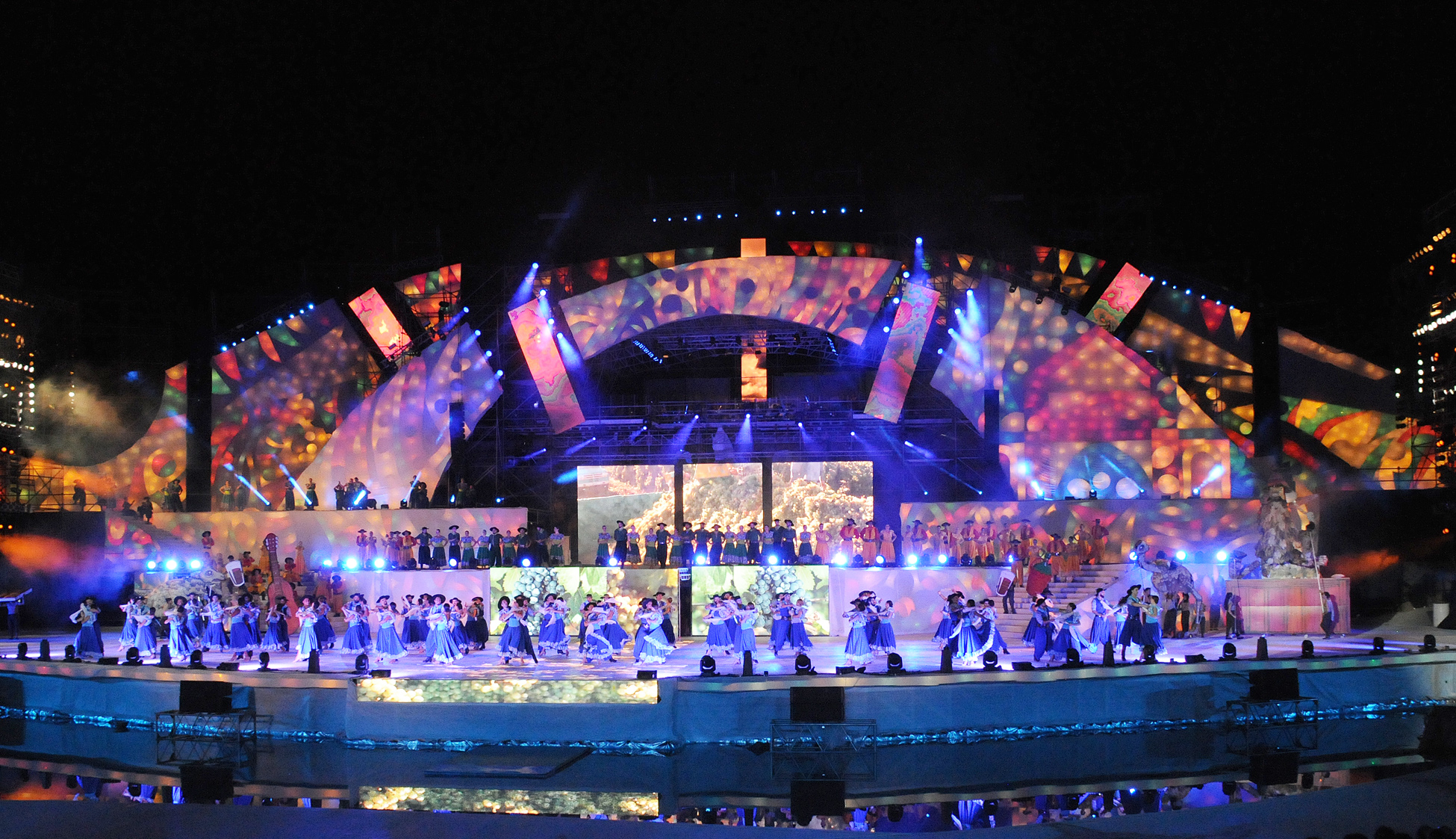 Locals and tourists from the rest of the country and from around the world get carried away by the power of the National Grape Harvest Festival. The Central Act ends with the applause of almost 30,000 people and the coronation of the National Queen and Viceroy, chosen from among the representatives of each of the 18 departments of Mendoza. During the following two nights, people can live the magic again, the warmth of the applause and the passion of the artists. After these replay shows, instead of the election of the Queen, there are concerts featuring relevant national artists. And when the last spotlight goes out, the dream of the next celebration begins to take shape.

The Harvest Festival of Mendoza