A glass of Port wine, served in a café that recreates the cosmopolitan and elegant, inspiring and bohemian atmosphere of the 1930s in Paris, expresses the harmonious relationship between art and wine, which stands out from the visit to the exhibition of 100 paintings by Pablo Picasso at Palácio das Artes, located in the capital of Northern Portugal.

A glass of Port wine, served in a café that recreates the cosmopolitan and elegant, inspiring and bohemian atmosphere of the 1930s in Paris, expresses the harmonious relationship between art and wine, which stands out from the visit to the exhibition of 100 paintings by Pablo Picasso at Palácio das Artes, located in the capital of Northern Portugal.

Harmony is unique between the creative work of an artist like Picasso’s greatness and Port wine, a product that results from the centuries-old work undertaken since 1756 in the demarcated region of Douro, “is more than just a panorama that the eyes observe”, as Miguel Torga emphasized, when describing that unique, singular territory, a UNESCO World Heritage Site since 2001.

The Vollard Suite collection, on display in Porto for the first time, thanks to a partnership between Santa Casa da Misericórdia do Porto and Taylor’s Port House is undeniably rich and puts the city of Porto (Invicta) at the same level of the major cultural cities.

The cultural offer of the city of Porto, European best destination to visit and second world-wide, gains another dimension with this exhibition, right in the ‘city centre’, a place where the tourists flock the most.

The exhibitions of modern art are nowadays rare and so this cultural project gains another relevance. 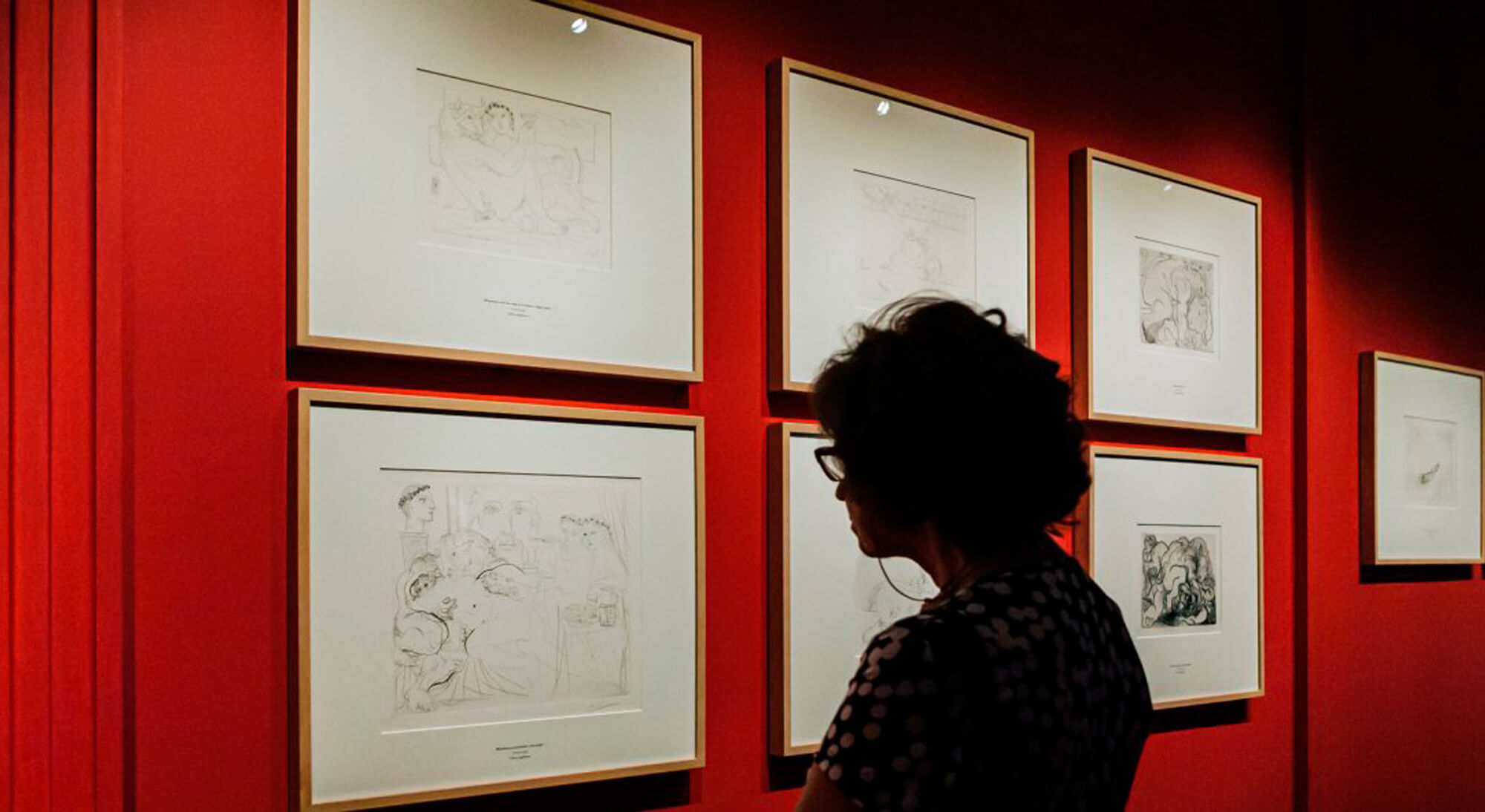 The hundreds of exhibited prints reveal the genius of the artist from Malaga between 1930 and 1937, during which time the support of Ambroise Vollard, an art dealer, and publisher was essential.

In Picasso’s works included in this valuable collection, wine – the drink of the gods – is well present. Whether in the reunion between two Catalan drinkers or before the presence of the minotaur as a central figure.

The Bacchic scene with minotaur takes us to an atmosphere of pleasure, where there are glasses in hands, women and vine leaves crowns in the heads, as in the images of Dionysus, the Greek god of wine.

In the contemplation of such a scene, the imagination draws a scene of lust Roman style, in a process susceptible of creating, mentally, this reality.

The minotaur with a glass in hand before a young woman or drinking among women underline the Bacchic side, the intoxicating prospect that emerges from such scenes.

It is the artistic creation in all its splendour, something that also happens in the world of wine, when we taste and, soon after, we assess the sensations it generated: acidity, minerality, freshness, tannins.

A process that makes us travel, mentally, to the region where the wine was produced. It is, in some way, the oenologist’s creative process to establish this relationship similar to the observation of a painting and the reaction of the palate to wine.

Something that happens when we contemplate a work of art or drink a wine of superior quality, a fantastic nectar, like Port wine.

If there are wines that are authentic works of art, Porto is in this exclusive gallery, among the best in the World, because, like the works of Picasso, it arises from a creative process generated by the inner strength of the people who gave life and transformed the landscape of the Douro Valley, complex but full of character. 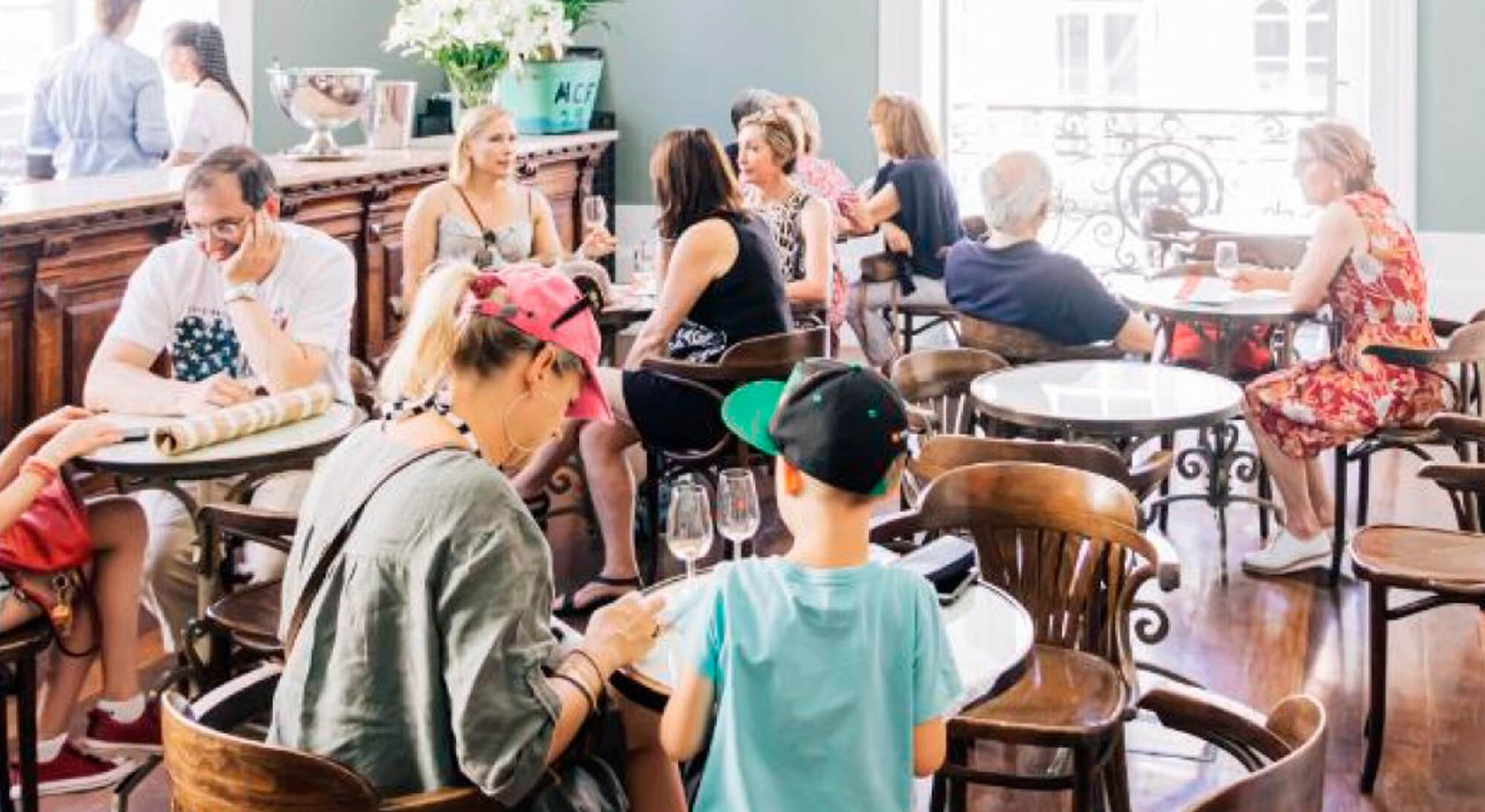 So incomparable, even by the beauty of the landscape, like the wine produced here.

Singular and unique, like the works of Picasso, Port Wine, keeps in a single bottle – Vintage or LBV (Late Bottled Vintage) – the timelessness that is the fruit of the fantastic work of the wine artists.

Wine, the elixir of life, is as much a source of inspiration for an artist of Picasso’s greatness as for an oenologist who creates a Port Wine, unique in the World.

It is the perfect harmony between wine and art, made sublime in the historic setting of the Unvanquished city of Porto and calls for a toast with a Port wine, in a glass designed by Siza Vieira (Pritzker Winner).

Art and wine: an osmotic relationship in many dimensions.

Text by António Catarino Journalist. Photos by The Fladgate Partnership