Wine and Sustainability in Verona: a distinctive and rewarding winegrowing strategy

The concept of Sustainability is a value with very deep roots in Verona, involving a constant research whose deepest purpose is to safeguard the ecosystem and its traditional native inhabitants.

Four hundred years amongst vineyards and a passion for wine, the history of Albino Armani Winery and that of viticulture in the Adige Valley, between the provinces of Trento and Verona, have been evolving together, without interruption, for more than 4 centuries.

But it’s the respect of the land and its community the central notion in Armani’s winegrowing. Awarded 2021 Global Best of Wine Tourism Winner for “Sustainable Wine Tourism Practices”, Albino Armani Winery is a dynamic reality with the ambitious project to tie double wire wine production with a global respect approach of the territory. 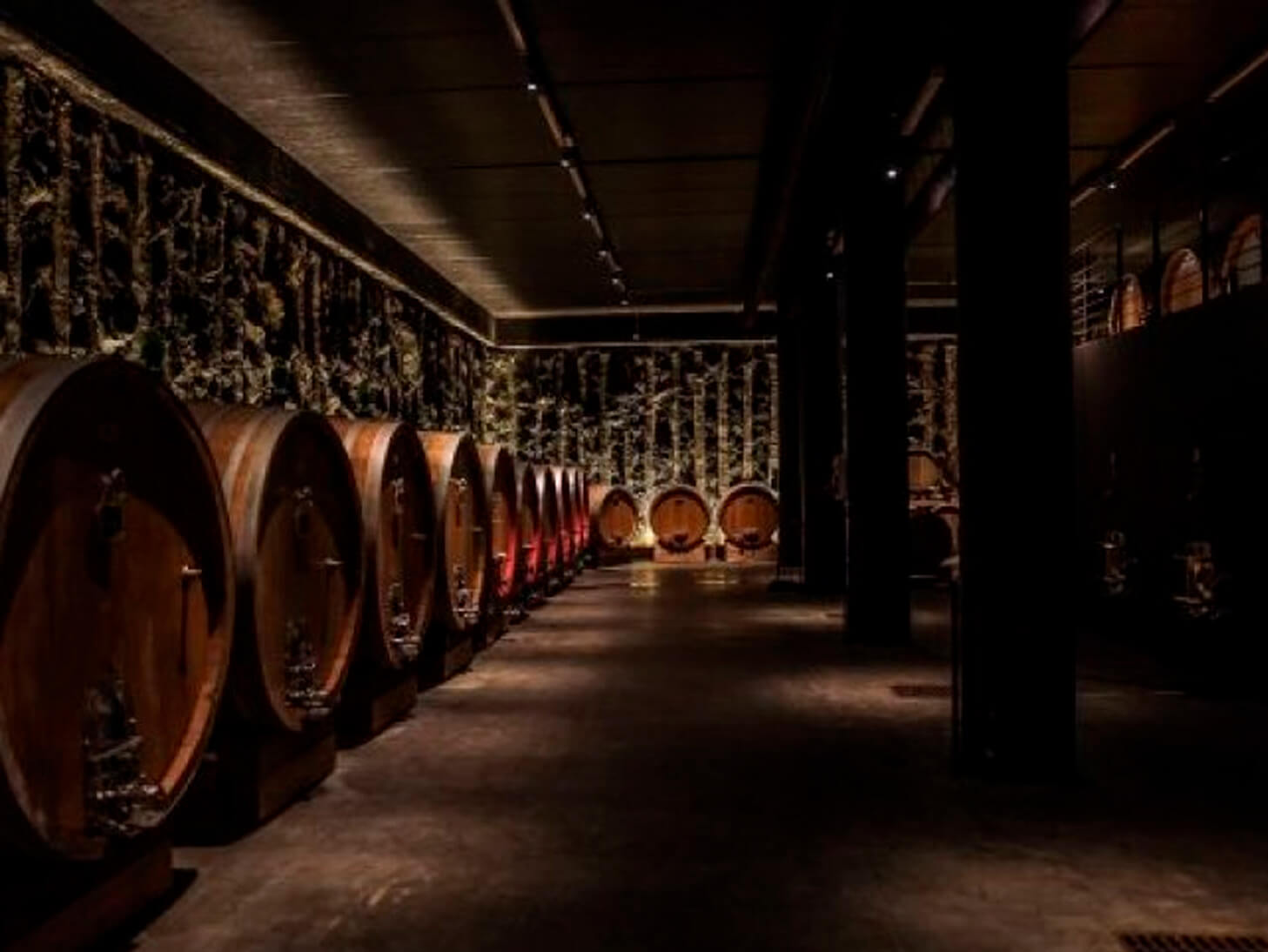 The recovery of ancient grape varieties

The research carried out both in Albino Armani’s laboratories and in cooperation with high-ranking universities has allowed to improve and protect grapevine germplasm otherwise doomed to extinction. Ancient grapevines and forgotten wine flavors – now rediscovered – reveal and describe an antique world, protecting the sense of the collective winemaking memory. Armani winery has been researching and investing in ancient grape varieties since the 1980s. The Conservatoria hosts ten varieties, among the hundreds that have disappeared and now two of them are back on the market.

The great biodiversity discovered at Armani’s vineyards has allowed to develop 80 colonies of different yeasts. Over time the selection of the most suitable yeasts for a quality product started with the analysis of 21 strains, from which then the best four are selected, to ensure that the conversion of sugars into alcohol and the formation of aromas is as satisfactory as possible.

To persuade Tignola butterflies not to reproduce, without killing them

Albino Armani is among the first to use insecticide-free growing methods, such as the method of sexual confusion, which, through the diffusion of natural pheromones, prevents the mating of harmful Lepidoptera. At the same time the use of 100% natural cow manure, purchased from local farmers, boasts high nutritional value and imports useful microorganisms and improves plant tissue in the soil. Green manure of essences, including legumes, favors the proliferation of useful hypogean and epigean insects: a technique used, alternating rows, year by year, burying the essences after flowering in order to improve the permeability of the soil and stimulate the proliferation of useful insects.

For Albino Armani Winery saving energy is a form of creativity. They have reduced energy output by using lower power, low consumption farming mechanisms and an underground emergency irrigation system to save on costs of pumping water. They also have been using self-produced solar energy for many years and much of the additional electricity needed is generated from wind power whose turbines are very close in the Adige Valley. The temperature in bottle warehouse is not artificially regulated. The walls are covered with vegetation, with jasmine: an air conditioning that works very well!

In particular, the Albino Armani winery in Marano di Valpolicella is carved out of the rock and does not need artificial cooling or heating. The roof is covered with 80 centimeters of earth on which a flowery meadow grows. The south-facing walls are covered with wild rosemary and ivy: they are beautiful and insulating.

The philosophy, that of Albino Armani, which is based on respect for the territory and which is transformed into a broader vision of environmental sustainability.

Verona wine associations are also deeply involved in sustainability, in order to improve the quality of life of citizens, workers and winelovers, by decreasing the usage of chemicals in viticulture and banning the dangerous ones.

The Valpolicella Wines Consortium, for example, considers the relationship between viticulture and the production area particularly close and sustainability necessary for social acceptance. The Consortium promoted the RRR Rules (REDUCE – RESPECT – RETRENCH), a Sustainable Grape Production Protocol based on integrated crop management and it’s also the first “Sustainable Area Certification” in Italy. This certification has been designed for the Valpolicella wine-region, thus only the wines and the grapes produced within the Valpolicella producing-area can be certified. Currently, RRR is involving 142 companies and more than 1200 hectares of vineyards. 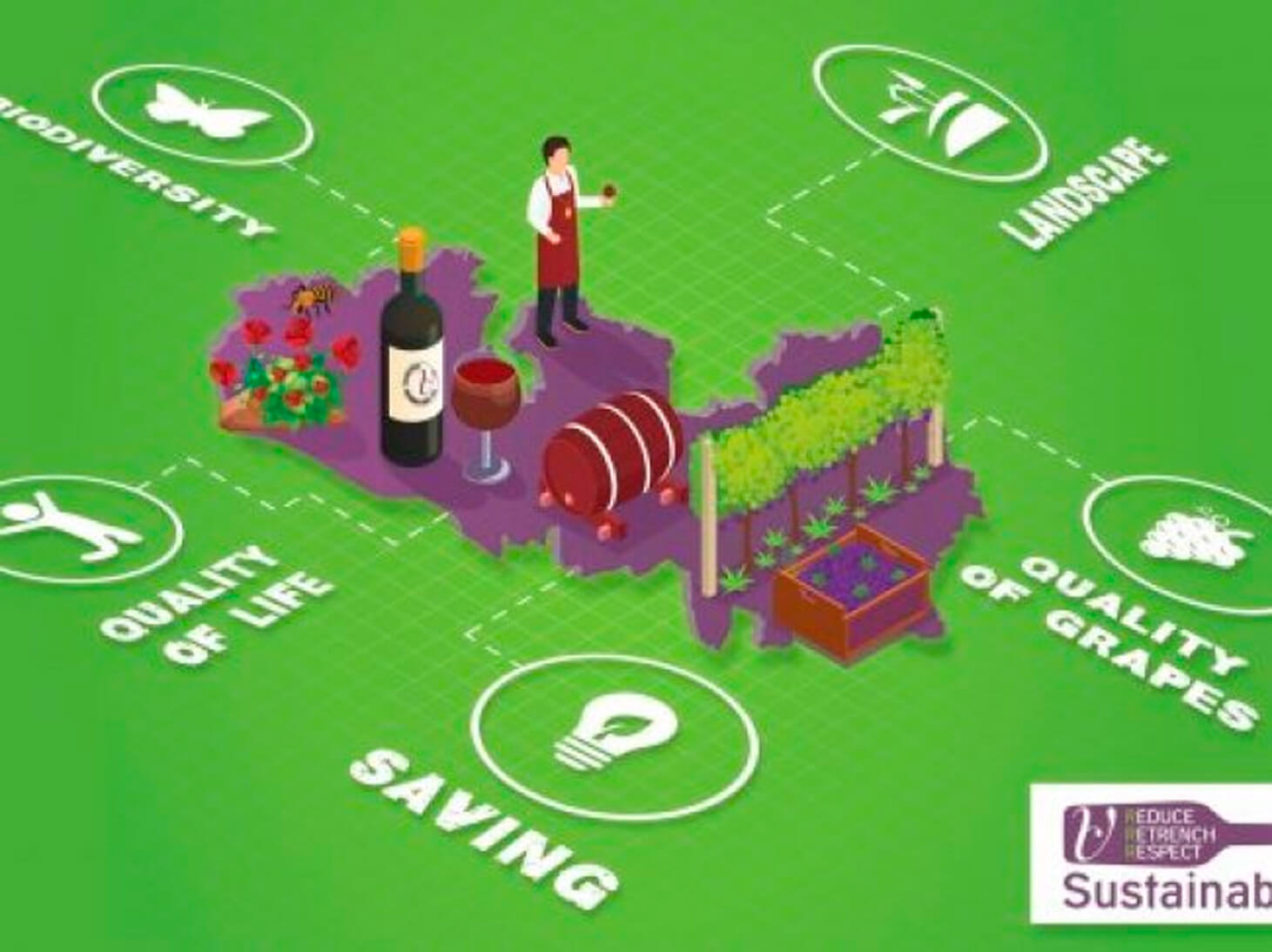 The Valpolicella Wines Consortium gives sustainable guidelines to the farmers on how to renew the vineyards in accordance with the soil resources, and measures on the conservation of characteristic elements of the Valpolicella landscape. A sharp reduction in the use of herbicides and pesticides is combined with annual metabolomic analysis of grapes and wine and microbiological soil analysis to verify the results.

In three years, thanks to the RRR project the use of chemical fertilizers and pesticides in vineyards is decreasing, as much as possible, limiting also external inputs for fertilizing and irrigating to avoid water squandering. Furthermore, the use of herbicides is banned in vineyards, with particular attention to the active ingredient glyphosate.

As much as regards the area of Soave, one of the most important wine areas both on a regional and national level, the balance achieved during the centuries by Soave Traditional Vineyards permits to avoid strong intervention of chemical products in the vineyard, and this is certified by an independent association, the World Biodiversity Association, that every year evaluate the environmental quality in the agro-system, by measuring the presence of particular organisms, known as bioindicators. 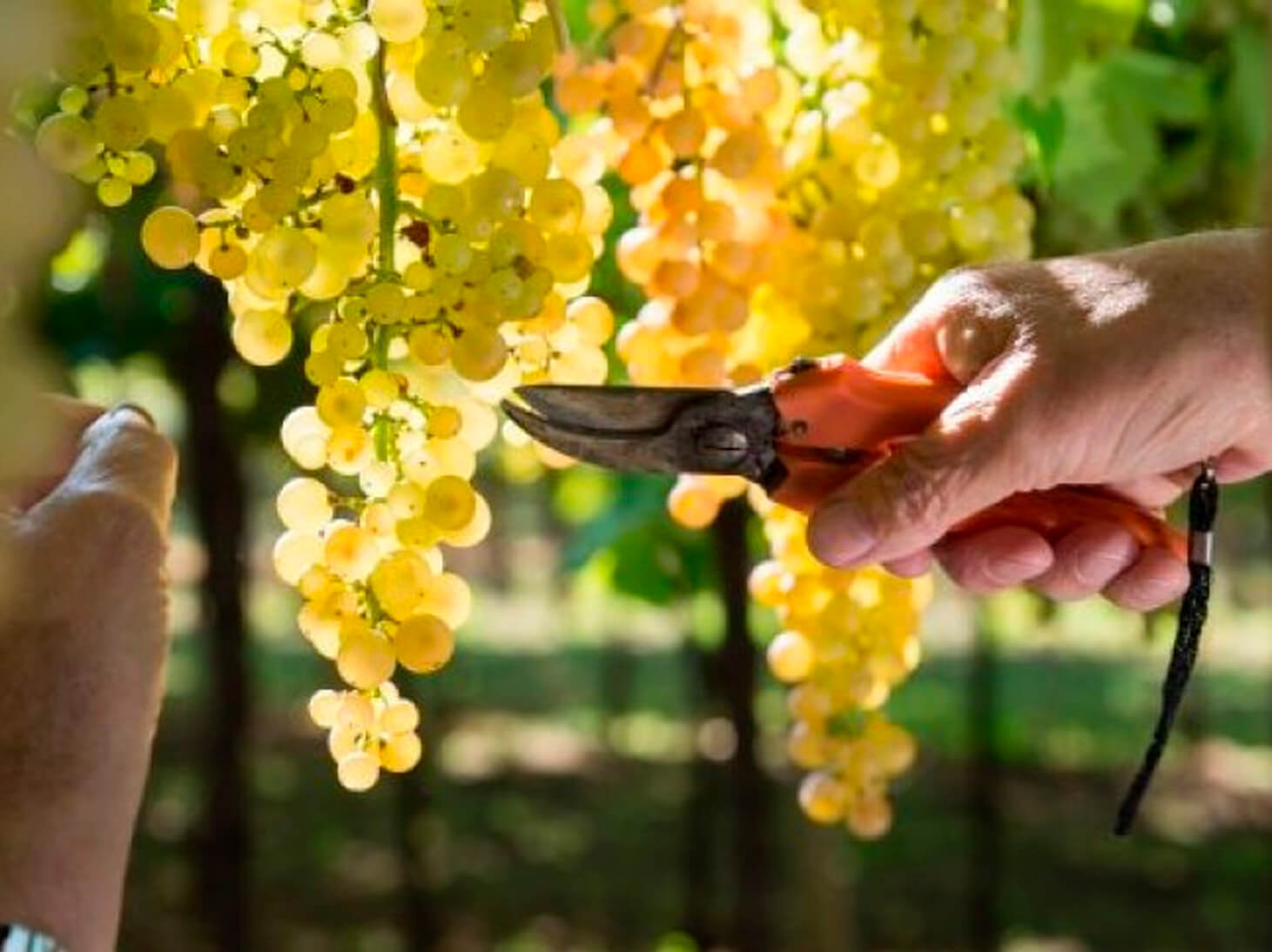 On either side, there’s lot of wineries that are reducing the use of chemical in the vineyards and started the conversion to organic agriculture. The Soave Wine Consortium and the single wineries have started a series of projects focused on the preservation of agro-biodiversity such as the Green Label, a method that permits to identify which are the most impactor factors to the processes, the pheromones and sexual confusion for the control of the European grapevine moth, the use of the bacillus thuringiensis, a particular bacteria that control mosquitos, larvae, and other pests.

Another important intervention is the decompaction of the soils to create the perfect conditions for microflora and microorganisms that are the true biodiversity in the Soave Traditional Vineyards. The presence and the spread of these useful elements are what make this environment in balance.