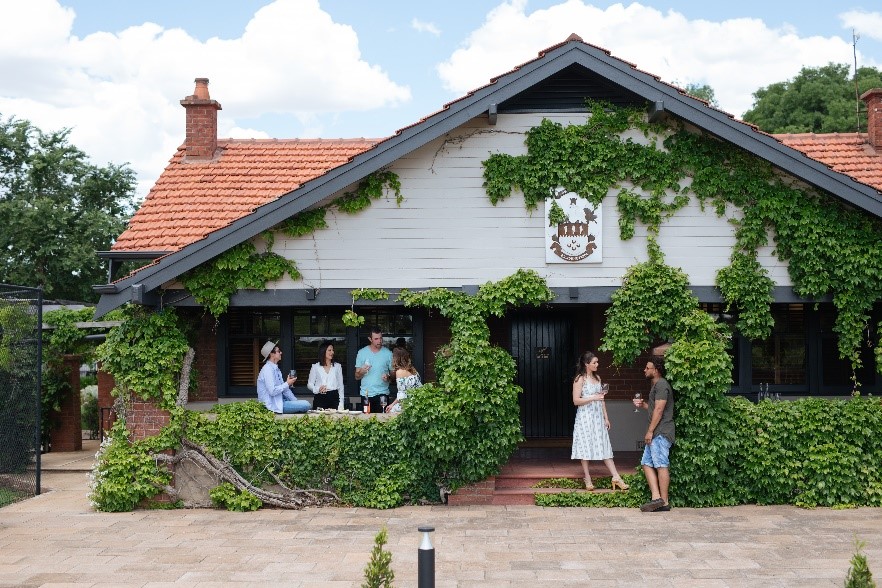 The authenticity of Elderton Wines is what made them stand out to the judges and win the Wine Tourism Services category for Adelaide in the 2022 Best of Wine Tourism Awards. Situated in the old family home of the owners, the Ashmead family, the cellar door offers intimate and welcoming spaces in which to taste wine. The judges loved the strong sense of family connection throughout the space and remarked that it felt like “being welcomed into someone’s home”. The polished presentation and bespoke experiences make Elderton a benchmark for wine tourism across the world.

After time spent working in Saudi Arabia, Neil and Lorraine Ashmead, moved to the Barossa, after Lorraine’s father identified a beautiful home with potential. The Ashmeads believed this would be a great place to raise their family. The homestead, in the heart of the township of Nuriootpa, was surrounded by extremely old Shiraz and Cabernet Sauvignon vines. At a time where demand for Australian table wine was negligible, the vineyard had become derelict. After years of no interest, in 1980 the real estate agent eventually offered the Ashmeads the 72 acre vineyard as a bonus, as part of the sale of the homestead. In 1982, after restoring the vineyard, Elderton Wines was born.

The second generation, Cameron and Allister, took the reins of the business in 2003 and today work together to run Elderton Wines, with Lorraine enjoying retirement (you might see her pottering in the Cellar Door garden). Cameron and Allister believe very strongly in continuing the traditions that began a generation earlier, on the Nuriootpa vineyard. Wanting to take the family company to the next level, they together devised a plan to buy great vineyards in other significant sub appellations of the Barossa, with additional vineyards in Greenock and Craneford.

Elderton is a true family affair. Rebecca is our Export Manager and also looks after all our bottlings. And in 2019, Julie became Head of Production overseeing both viticulture and winemaking at Elderton.

Cameron and Jules have three sons, and Allister and Rebecca have three daughters. Through using sustainable practices, the hope is that the next generation of the Ashmead family have a lot to work with when they are at the helm.