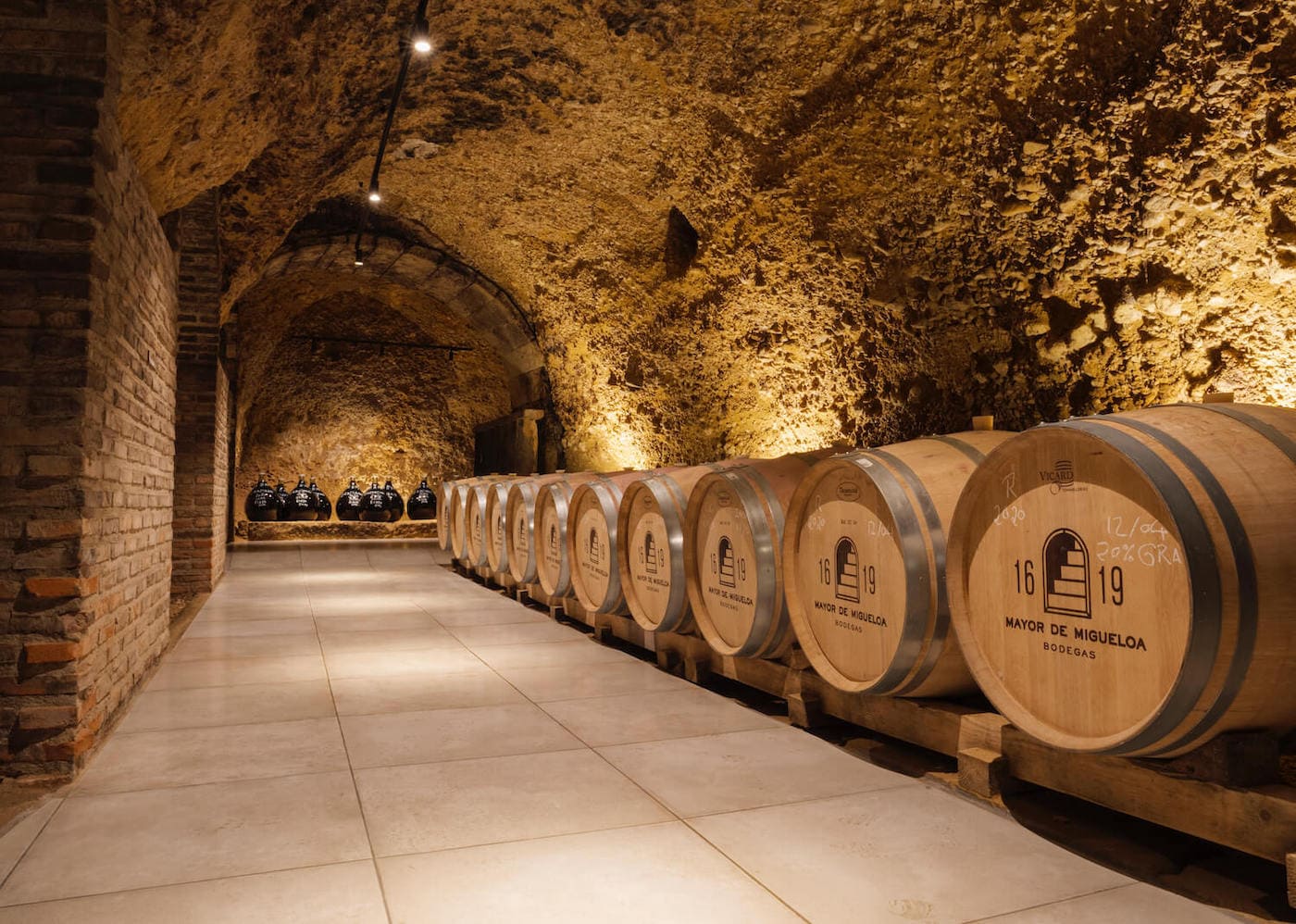 Mayor de Migueloa Bodega (winery), Hotel & Restaurant stands out for the work carried out by the owner family to develop its complete wine tourism offer. Particularly noteworthy are the recovery of the traditional entrance of grape harvests and the production of wines in the historic center of the medieval town of Laguardia, Rioja Alavesa.

Two parallel and meritorious stories are valued here. On one hand, the rehabilitation and maintenance of the old Viana Palace, dating from 1619, declared a heritage site of historical and cultural interest by the Basque Government. On the other hand, the wine tradition of the Gutiérrez family since 1690, maintained uninterrupted until today.

The building was restored in 1989 by Jaime Gutiérrez and Mery González, pioneers in promoting wine tourism in Laguardia. Since then, the traditional wine caves of the 17th century has been in use.

The ancient olive press and lakes were also restored to be used as a bottle production area and cemetery. And now the traditional vintage entrance through the medieval streets of Laguardia has been recovered and the ground floor has been rehabilitated for the production of its wines in the same house, in full view of visitors, because the same cellar is used as the dinning room of the restaurant. 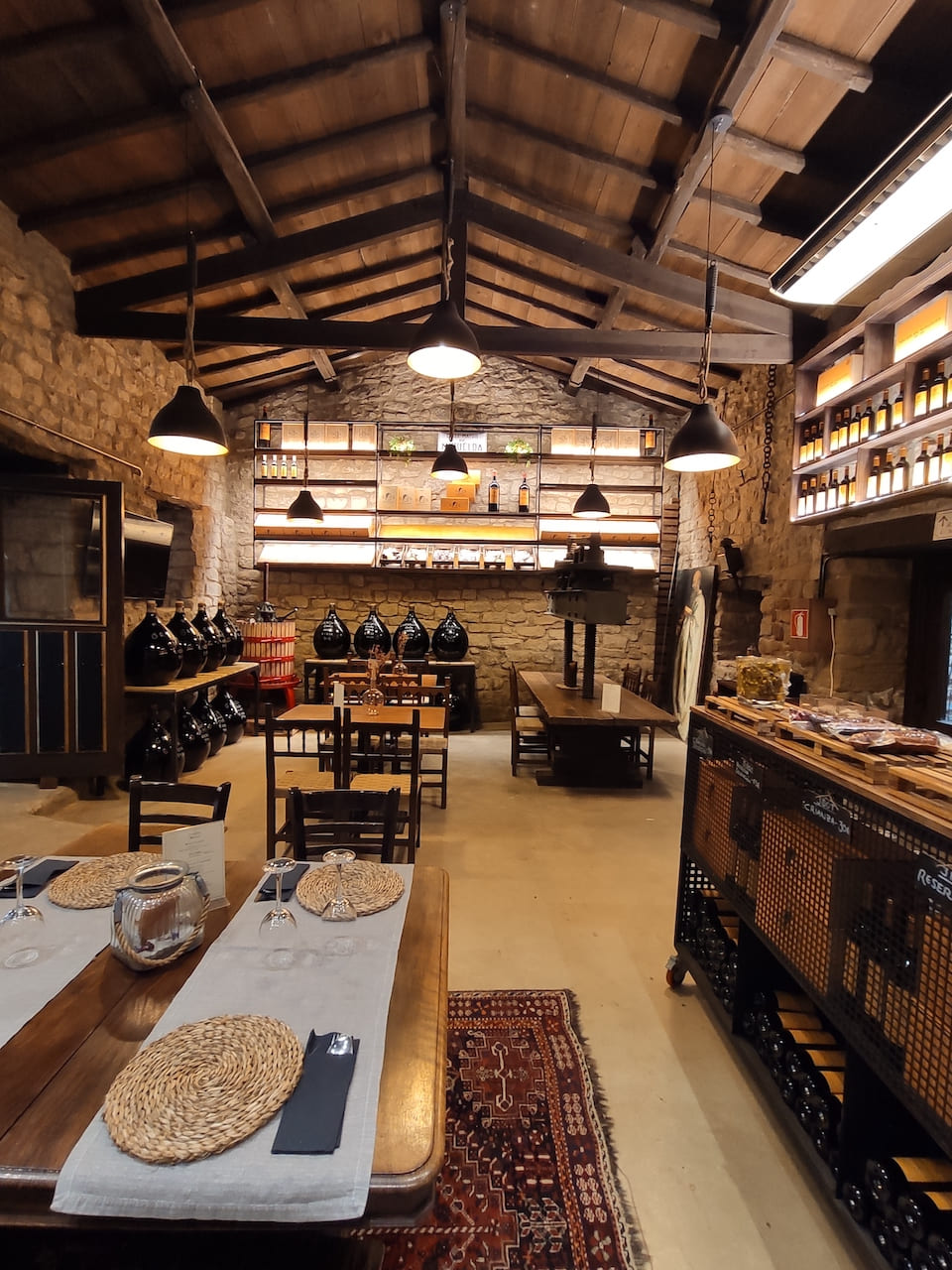