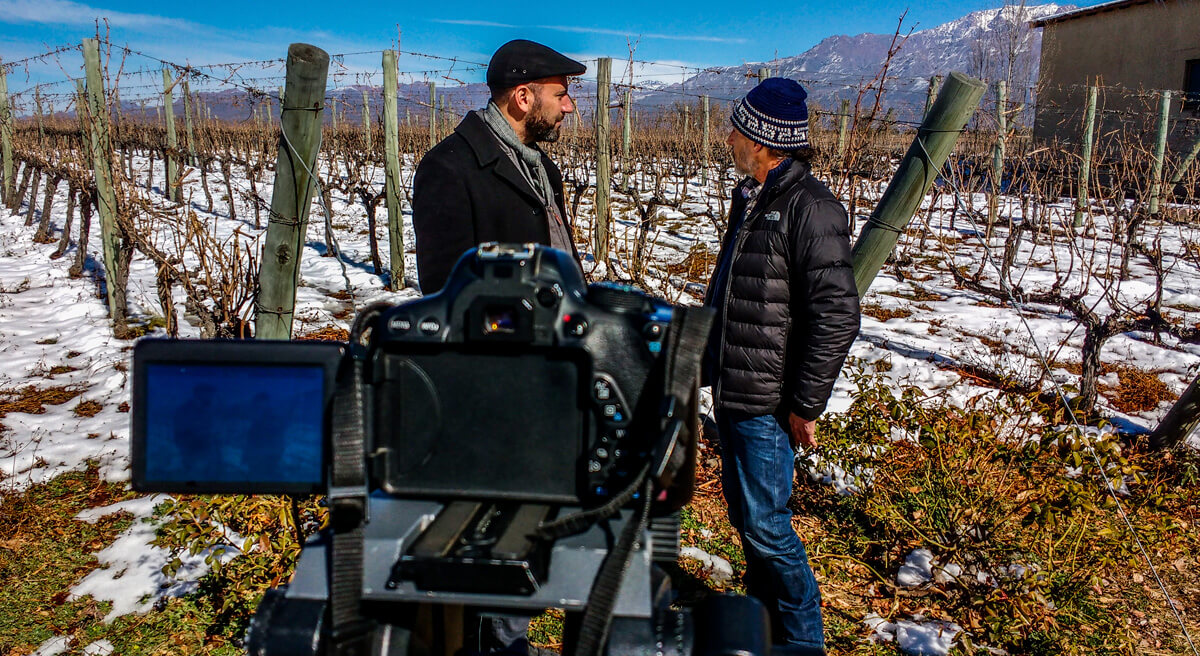 “Wines and Pleasures” Awaken your Senses

“Vinos y Placeres” is an informative, educational and entertaining television program that deals with topics related to wine industry, wineries, its surroundings and the pleasures offered by Mendoza and several areas of our country, Argentina.

In the TV show, we visit different wineries, we pair wine with gastronomic events and tourist attractions, we also make interviews with personalities of the wine industry such as, producers, winemakers, architects, photographers, artists, chefs and businessmen. In addition to that, we travel to the most important winegrowing regions of Argentina.

The TV show was started in 2011, and it has been broadcasted weekly since then, spreading the main wine destinations of the province and the protagonists of the wine industry across the country. “Vinos y Placeres” has been broadcasted for seven years now by several channels, such us Canal 7 Mendoza and the open channels of San Juan, Córdoba, San Rafael (Mendoza) and Supercanal (a cable signal in more than 20 cities throughout the country).

Our product aims at a public that loves wine and good living. However, due to the wide contents and simple language, “Vinos y Placeres” attracts all kinds of public.

The program was nominated for the “Martín Fierro Federal Awards” on many occasions in the category: “Television – Agriculture”, obtaining the award in 2015. It also achieved the Bronze Award for “Excellence and Innovation” in the contest called ” Best of Mendoza´s  Wine and Tourism”, 2014. This year, 2018,  we were honored with the Silver Award in the category “Art and Culture” and also with the Gold Award in the category “Related Services” in the same contest.

At the moment, the host is Juan Pablo Candisano, the voice-over of Walter Lopez and the integral production of Air TV.
The main objective of “Vinos y Placeres” is to deliver the whole image of Mendoza to the world, by showing its greatest pride that is the wine industry within a wonderful landscape – difficult to find in another part of the world; and also attract local and foreign tourists to come and visit our province.
Our production spreads and promotes activities of the following entities: Provincial Tourism Entity, Secretary of Culture, Bodegas de Argentina, Fondo Vitivinícola Mendoza, Promendoza Foundation, Local Universities, The National Institute of Agricultural Technology (INTA), Wines of Argentina WOFA , all departmental municipalities and the National Institute of Viticulture (INV).