Wine Stories
Marilisa Allegrini, President and CEO of the Allegrini Group in Verona: a boundless passion for the beauty that Italy represents throughout over the world. 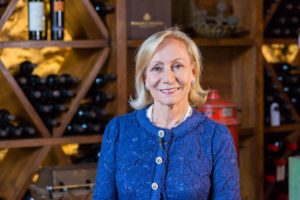 There are many chapters in the entrepreneurial success story of Marilisa Allegrini, President and CEO of the Allegrini Group in Verona: her training- and skills-based expertise, her curiosity for the new and innate aptitude for inter-personal relations, in addition to the sacrifices she made in relation to business responsibilities but also, and above all, her boundless passion for the beauty that Italy represents throughout over the world.

It’s an evocative power that Lady Amarone – her epithet as the “Made in Italy” brand ambassador – has always claimed as the primary role played by wine. She has therefore long been engaged in various transversal fields such as the history, art and culture of Italy, with a constant desire to pay tribute and promote the terroir of the region to which his family, and his company, have always belonged.
Marilisa’s desire and flair for socializing with people was clear from the start of his career, which began and was to take place outside the family business. She worked in her chosen field as a physiotherapist in a hospital for five years, “a very important life lesson” she recalls. She then joined the company alongside his two brothers and worked closely with his father. When the latter deceased, she took over the management, sales, marketing and communication of the company.

“I immediately understood that to grow I had to venture all over the world and so I started to travel”. The company grew thanks to the collaboration between the three brothers and sisters: “Walter and Franco produced the great quality wine and I brought it to the world”. 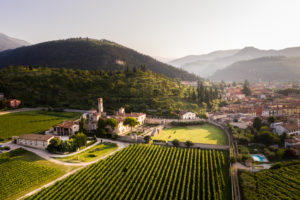 Consequently, Allegrini became the leading producer in Valpolicella Classica: the wines Palazzo della Torre, La Grola, La Poja and Amarone embody the history of the Verona area. It is one of the most highly awarded, appreciated and famous Italian wineries in the world. Through study, research and experimentation, both in the vineyard and in the winery, the Veneto-based company has championed radical innovations in viticulture, as well as in the technique of partial grape drying (appassimento) and in winemaking techniques, making the most of the qualitative potential typical of the Valpolicella area.

In 2001 Marilisa Allegrini chose to step out of her ‘comfort zone’ by initiating a policy of expanding wine production that led her to Tuscany. In 2002, she founded a new company, Poggio al Tesoro in Bolgheri, adding San Polo in Montalcino in 2007, thereby increasing the number of hectares of proprietary vineyards to over two hundred, with another hundred hectares under lease.
Her multidisciplinary vision and her strong bond with the Verona area led her, in 2008, to undertake another important operation: the acquisition of Villa Della Torre in Fumane (Verona), one of the most exquisite and precious jewels of the Italian Renaissance designed by Giulio Romano and Michele Sanmicheli. The residence is now the representative headquarters of the group’s companies as well as a venue for high-profile cultural events, foremost among them the International Prize l’Arte di mostrare l’Arte (The Art of exhibiting Art) organized annually by Allegrini. But the villa is above all a place that is open to the public and committed, on a daily basis, to welcoming, informing, and intriguing enthusiasts from all over the world by sharing the historical, artistic, architectural as well as the natural, landscape and oenological heritage that make Valpolicella unique internationally.

Marilisa Allegrini’s commitment to the most authentic form of entrepreneurship is also evidenced by the many positions she has held in the field of regional and terroir-related associations and entities.
She was a member of the Board of Directors of SACE from 2016 to 2019 and is still a member of the Board of Directors of the Verona branch of the Bank of Italy and a member of the Board of Trustees of the
Fondazione Arena di Verona. She is president of ISWA, an association that brings together 9 of Italy’s most important wineries.
The Allegrini company is part of Altagamma, Associazione Le Famiglie Storiche, which now brings together thirteen historic and prestigious family wineries producing Amarone, and Intrapresae Guggenheim. Amarone 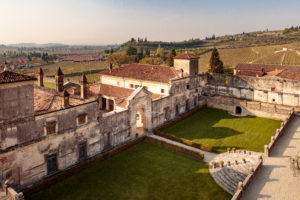 Allegrini, alongside Vermentino Solosole – which is produced in Bolgheri – are the wines of honor of the Hermitage Museum in St. Petersburg.

Marilisa Allegrini, who was the first Italian woman to appear on the cover of Wine Spectator – the most important and influential wine magazine in the world – received the highest honor from the President of the Republic in 2020 becoming a ‘Cavaliere del Lavoro’ (equivalent to the Order of Merit for Labor).
“I think that by presenting awards in the category of female entrepreneurs every year, President Mattarella wants to give a clear sign of how much women in the business world have done and continue to do to enhance the ‘Made in Italy’ brand in the world. It is an honor to be part of this category, which I hope will welcome more and more new faces, especially among the new generations”. 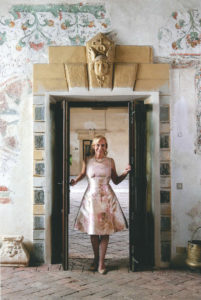